The contract is for a primary period of 7 months, with an extension option exercisable by Petronas for another 3 months. The contract is valued up to RM30.15 million (if Petronas engages the OSVs for the full duration, including the optional period).


The risks associated with the contract are mainly operational risks such as accidents and unexpected breakdown of vessels. In mitigating such risks, Alam Maritim has developed a programmed/planned preventive maintenance schedule which stringently adheres to International Safety Management (ISM) Standards in maintaining performance and seaworthiness of all its vessels.


The contract is expected to positively contribute to the earnings and net assets of AMRB for the financial year ending 31 December 2013. Notwithstanding this, the contract is not expected to have any effect on the issued and paid-up share capital and shareholding structure of the company. 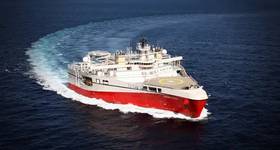