Prysmian Group, leader in the energy and telecom cable systems industry, has been awarded a new contract worth more than $100 million for the supply and installation of submarine cables for a section of ExxonMobil’s existing offshore operations in the US.

The scope of work involves the replacement of about 50km of submarine power cables with increased capacity 40kV EPR submarine cables designed for water depths of up to 450m. The cables will supply electric power from the existing shore-based generating plant to offshore platforms.

The turnkey project will be executed by Prysmian with the submarine power cable being supplied by its Drammen, Norway factory and installation being undertaken using the Cable Enterprise laying vessel. The Cable Enterprise will undergo significant modification work in 2014 to be converted to a full dynamically positioned (DP) vessel in readiness for the installation works.

“We are very pleased to undertake this cable replacement operation.We have previously supplied and installed other sections of ExxonMobil’s subsea power network in the United States," said Marcello Del Brenna, CEO Prysmian Powerlink.

Prysmian has been taking part in the development of some of the most strategic submarine power interconnections worldwide, supporting the global upgrade of power grids for a better use of available resources with its state-of-the-art cable technology. In particular, Prysmian Group is currently involved in the execution of the Hudson Transmission Project which will bring clean power to about 600,000 new homes in Manhattan, New York, and has commissioned the TransBay Cable Project in San Francisco. In Europe, Prysmian is playing a key role in the development of power connections for offshore wind farms, with projects either completed or ongoing in Denmark, Holland, UK and in Germany. In particular, Prysmian can boast its valuable contribution within the most important program for the development of renewable energies in Europe launched by the German government, with multiple contracts for offshore HVDC grid connection awarded over the last 18 months, namely BorWin2, HelWin1, Helwin2, SylWin1 and DolWin3. 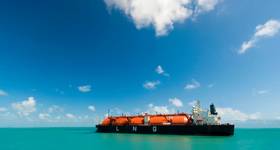 LNG Momentum Swinging Back to Asia as Europe Demand Eases:... 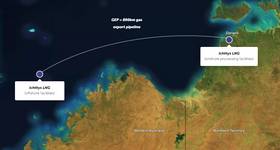