Beginning this month, we recognize the 25th anniversary of the Piper Alpha disaster.

The Piper Alpha production platform was operated by Occidental Petroleum (Caledonia) Ltd. in the UK sector of the North Sea, about 120 miles (193 km) northeast of Aberdeen. It caught fire and exploded on 6 July 1988. There were 225 men aboard but only 59 survived; 165 died on the platform, along with two men on the stand-by vessel Sandhaven. The site of the wrecked platform is now marked by a buoy.

This day is designed to engage the workforce in safety matters and will include the screening of a 25-minute film at the AECC that challenges workers to think differently about their safety. The organizers hope it will be simultaneously shown to workers on every offshore installation on the UK Continental Shelf.

Step Change in Safety team leader, Les Linklater, said: “The legacy of Piper Alpha affects every offshore worker even today... Piper Alpha isn’t just history and we still have to guard against complacency. The same hazards and the same challenges that existed back then still exist now and how we manage them — through strong leadership and through engaging the workforce in safety — is crucial in preventing a repeat of that tragedy.”

The Liverpool-based HSE is a nondepartmental public body responsible for the encouragement, regulation and enforcement of workplace health, safety and welfare in England, Wales, and Scotland. In 2010, HSE’s Offshore Safety Division (OSD) launched KP4, an inspection program to improve the management of older UK offshore installations, given the growing demands to extend their use beyond the original design life. KP4 will run until December 2013.

On 1 April this year, the 22-year-old OSD was absorbed into a new HSE unit called the Energy Division.

Initiated after the Deepwater Horizon catastrophe in the Gulf of Mexico in 2010, the European Commission, in October 2011, proposed a new regulation for offshore oil and gas activities that would establish minimum environmental, health, and safety requirements for all EU Member States.

In 2012, after strong lobbying from UK North Sea operators, the European Parliament’s ITRE Committee voted to change the originally proposed regulation into a directive, which puts more responsibility on the Member States to ensure enforcement of the new safety framework.

Oil & Gas UK, the trade association of the UK offshore oil and gas industry, welcomes the directive, because it preserves the UK’s goal-based system operated by the HSE. Robert Paterson, Oil & Gas UK’s health, safety and employment director, said the directive “will be the best way to achieve the objective of raising standards across the EU to the high levels already present in the North Sea.”

The Department of Energy and Climate Change (DECC) and HSE will transpose the EU directive into UK law.

The International Association of Drilling Contractors (IADC) North Sea Chapter announced its annual safety awards on 10 May in Aberdeen, marking the 40th anniversary of the NSC.

In May, Conductor Installation Services, an Acteon company in Great Yarmouth, was recognized for eight years without a lost-time accident, and received a Gold Award from the UK Royal Soc. for the Prevention of Accidents (ROSPA). OE 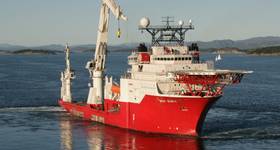 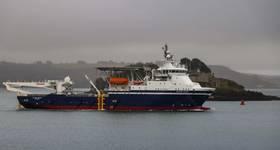