With an area of 590,000sq. ft and investments that exceed US$100 million, GE’s base in Niteroi in the state of Rio de Janeiro was designed primarily to load and unload installer ships. These vessels carry heavy equipment, such as giant reels of flexible pipes, and target the mobilization and maintenance of oil wells.

“GE is proud to start the operations of this logistics base, a state-of-the-art structure that will enable a more efficient delivery of products and services for our client, Petrobras. This inauguration is an important step in strengthening GE’s presence in the oil and gas sector and a significant contribution in terms of productivity gains for presalt fields exploration,” said Marcelo Soares, global president and CEO of Wellstream, a GE Oil & Gas business.

The base has a 320-ton capacity crane, the largest “hammerhead” in the world. The crane, which gets its name from its long arm and T-shape, required an investment of US$7 million. It is 140ft tall, equivalent to a 14-story building.

Aside from its offshore capabilities, the base also features advanced land transportation infrastructure. The facility has, for example, two straddle trucks, which sit high above the ground and carry cargo beneath their structure, and other equipment for moving large pipes on the ground with capacities of 300 and 350 tons each.

Sandvik reached an agreement to acquire Varel International Energy Services Inc. (Varel) for approximately US$740 million. The closing of the acquisition is subject to standard regulatory approvals and certain environmental due diligence.

Varel is a global supplier of drilling solutions focusing on drill bits, downhole products for well construction and well completion.

Revenues in 2013 were approximately US$340 million. The acquisition is expected to be slightly accretive to earnings per share already in the first year. Varel will form a new product area within the business area Sandvik Venture.

Total announced that Qatar Petroleum International (QPI) is now a shareholder of Total E&P Congo, holding 15% of its capital. The news follows a framework agreement that was previously signed in May. The US$1.6 billion increase of Total E&P Congo’s capital will consolidate its financial capacity at a time when it is progressing the development of the Moho Nord deep offshore project, the French player said.

Total E&P Congo, established in the country in 1968, operates 10 fields in the Republic of Congo, accounting for nearly 60% of national output. Total E&P Congo’s equity production averaged 113,000 boe/d in 2012.

The deal gives Shell an additional US$7.2 million tonnes per annum (mtpa) of directly managed LNG volumes. The company’s portfolio will now include LNG supply in the Atlantic from Trinidad & Tobago, and in the Pacific from Peru.

N-Sea has two main offices, in Aberdeen and Zierikzee (NL). The Group will have a combined turnover of more than EUR75 million.

Stork said it would continue to develop and invest in technology associated with subsea integrity, cathodic protection, bolting, tensioning and tooling operations, which will not be affected by the sale of the subsea business.

Fugro recently opened a new office in Maputo, establishing the only internationally-accredited laboratory in Mozambique. The office in the port city of Maputo is located to enable quick and efficient response to client requirements for project support. In Pemba, the operational center and laboratory offers ISO 17025 accredited soil, chemical, electrical and materials testing and soil aggregate laboratory testing. 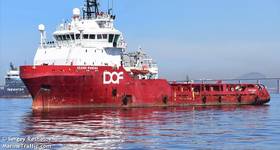