A new tax break for high-pressure, high-temperature fields in the UK North Sea has been overshadowed by a move by the UK Government to change to taxes on drilling rigs.

The move, relating to bare-boat chartering, “perplexed” industry body Oil & Gas UK and left the International Association of Drilling Contractors (IADC) “deeply disappointed”, with both warning it could see rigs leave the basin.

The IADC also questioned the government’s support for the industry and its willingness to carry out the recommendations in the Wood Review, following the bare-boat tax change, which is due to come into force 1 April.

Announcing his annual budget, Chancellor George Osborne (pictured below) said he would implement the recommendations in Sir Ian Wood’s Wood Review, published earlier this month in response to consecutive severe drops in production in the North Sea and poor exploration rates. He said the UK Treasury would also carry out a full review of the taxation regime on the upstream oil and gas industry, and announced a proposal for a new ultra-high-pressure, high temperature tax allowance.

Read more about the Wood Review:http://www.oedigital.com/component/k2/item/5082-all-eyes-on-north-sea-oil

Oil & Gas UK said this was “despite evidence that this new tax measure could prove damaging to exploration and development activity.”

The measure had been proposed in the Chancellor’s Autumn statement, and had been subject to ongoing industry consultation.

Bare-boat chartering is the international leasing system for mobile vessels such as drilling rigs, diving support ships and crane barges. The owner of the vessel is located in one location but leases its vessels to operating entities within the same corporate group, on a bare-boat basis in other locations, often on a temporary basis. The operator of the vessel pays a lease charge to the owner, which is discounted from revenues he earns from the client oil company for whom he drills wells. The amount of the lease is agreed in five-yearly Advanced Pricing Agreements with government officials. This is an international system, endorsed by the UK government in 2008.

According to the IADC: “APA negotiations that have taken place for the past 40 years in the UK and other countries have led to a consensus as to how much profit should be taxed and where. All existing APA’s are rendered defunct from 1 April 2014 by these (new) measures; notwithstanding the fact that they are the basis of contracts between rig operators and their clients.”

While the change may raise tax yield in the short term, Oil & Gas UK says it expects day rates for drilling rigs and floating accommodation vessels (known as flotels) will rise as a result, driving up costs and deterring much needed exploration.

Malcolm Webb, Oil & Gas UK’s CEO (pictured, right), said: “It is perplexing, given today’s other good news, that the government has chosen to proceed with the bareboat measure. This can only increase costs on the UK Continental Shelf (UKCS), where operating costs have increased sharply in recent years, and last year saw a rise of 15.5% to an all–time record of £8.9 billion, and new developments are facing similar cost pressures.

“In addition, we fear that this move will drive drilling rigs, already in short supply, out of the UKCS. Exploration over the last three years has been at its lowest in the entire history of the industry in the UK, with only 15 exploration wells drilled in 2013.”

IADC Executive Vice President Taf Powell said: “We believe this is not sustainable to our industry and will cause the UK offshore sector to shrink; overall we think the costs to the UK economy will be higher than the immediate extra tax revenues forecast by these measures.

“The measures are directed at companies moving significant taxable profits from the UK. This fails to take into account that the share received by drilling rig owners from UK operations represents only a 6% return on current capital investment of roughly £100billion in new rigs, and that it takes upwards of 15 years to break even on their investment. Profits earned in the UK are currently subject to corporation tax, and the employment and consumption of goods and services by this sector directly benefit the UK economy.”

“The tax-raising measures invalidate existing pricing agreements between drilling contractors and Her Majesty’s Government, and the additional costs will render some UK projects uneconomic. In addition, where the additional costs cannot be passed on to the client, rigs may be withdrawn from the UK, and new North Sea class rigs intended for the UKCS will be diverted to countries where economic returns are more predictable.

“Drilling companies, many of them having recently installed their headquarters in the UK, are now considering the options for their businesses, due to this latest example of fiscal instability that undermines claims that the UK is open for business.”

Oil & Gas UK added that, following a consultation with industry, the government had agreed to review the impact of the measure a year after its implementation, and that the scope of the measure would be limited to drilling rigs and accommodation vessels. The “hire cap” (the deduction available for the bareboat charter) will be 7.5% of the historical cost of the asset, up from the 6.5% announced at Autumn Statement, and the pro-rata calculation will be based on worldwide utilization of the vessel. Draft legislation will be published on 1 April, and will be open for technical comments until 9 May. The measure will come into effect from 1 April.

The proposed tax allowance for ultra-high-pressure, high-temperature field clusters will exempt a portion of a company’s profits from the supplementary charge. The amount of profit exempt will equal at least 62.5% of the capital expenditure a company incurs on qualifying projects (the exact rate will be announced following consultation). The consultation will be carried out over the summer.

Oil and Gas UK said: “The proposed new allowance for u-HPHT clusters could be a game changer for technically challenging prospects in the North Sea. The allowance has the potential to attract £5-6 billion of investment in the near term if it is pitched at the appropriate rate. The measure should also encourage broader collaboration around acreage near key infrastructure hubs.”

It added: “It is increasingly obvious that the offshore oil and gas fiscal regime has become overly complex, burdensome and uncompetitive. The industry faces marginal tax rates of 62%-81% on oil and gas production, which are unsustainable in a mature basin. The announcement of the review is a very welcome first step which we hope will lead to a simpler regime more attuned to the industry’s challenges and better able to secure international investment in the many, varied opportunities that remain.”

Oil & Gas UK estimates there could yet be up 24 billion barrels of oil and gas to be recovered from UK waters. 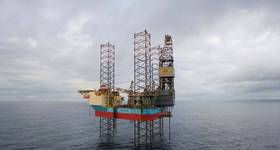 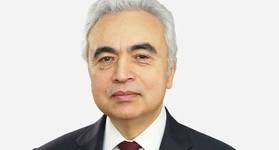 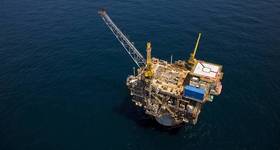