The deal, worth about US$170 million, will see Ithaca take a further 20% interest in the Shell-operated central North Sea Cook field, in which Ithaca already has a 41.346% interest.

In addition, it will acquire a 7.48% stake in the Shell-operated central North Sea Pierce field, and a 7.430% interest in the Perenco-operated onshore Wytch Farm oil field, in Dorset, southern England.

Ithaca said the deal will increase its net proved and probable (2P) reserves by about 12MMboe, equating to a 20% uplift in total company 2P reserves. Incremental, 2014 pro-forma production from the field interests is estimated to be about 2500 boe/d.

The Pierce field is produced via the Haewene Brim floating production vessel, which was shut in for seven months of 2013, for dry docking (pictured, at Nigg, Scotland) as part of modification and refurbishment works to enable the tie-in of the third party Brynhild field to the FPSO in 2014.  The vessel returned to the field in late 2013 and production is forecast to resume from the Pierce field in the third quarter of 2014. An infill well / workover program is due to start in late 2014, with the objective of boosting near term production levels and maximizing reserves recovery.

The Cook oil field is a single well subsea tie-back to the Shell-operated Anasuria FPSO. A 4D seismic survey was acquired over the field in 2013, in order to obtain additional data to further enhance the co-venturers understanding of the reservoir geology and hydrocarbon sweep to date. Evaluation of the data is currently on-going to assess the potential for drilling of a further well on the field and the associated optimal well location.

Wytch Farm is sited offshore, but produced from wells drilled from 12 onshore drill centers. In total, 64 production wells and 31 water injection wells are in operation. An infill drilling / well workover program, including the targeting of undeveloped satellite accumulations, is on-going on the field in order to maintain and grow production levels and maximize reserves recovery. 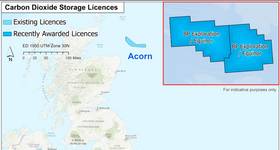