The North Sea is set to continue to provide work for fabricators for 10-20 more years, says Heerema Fabrication Group’s CEO.

Heerema Fabrication Group’s (HFG) Chief Executive Officer Koos-Jan van Brouwershaven likes to take a front seat. After a 25-year break from oil and gas while working in the metals industry, he returned in June 2013. Just last month, he was standing on the deck of the heavy lift vessel Thialf, waiting to see an offshore wind converter platform installation.

The project, a 10,200-tonne HelWin Beta 690MW converter platform for TenneT, was an enormous exercise for HFG, Brouwershaven says. It was completed on time, enabling the earliest possible installation.

Although 2015 is looking like it could be a slower year in the oil and gas industry, the outlook for the North Sea, the firm’s core market, is still very positive, he says.

“2015 is going to be a bit of a slim year,” Brouwershaven says. “You see that projects are being delayed. But we see an awful lot of work coming out of the North Sea in the next 10-20 years. There is a regrouping, companies leaving or selling their assets to other players, who will be in need of renewed facilities or additional facilities.”

To date, 2014 has been busy at HFG. The company delivered TenneT’s HelWin Beta platform from its Zwijndrecht Yard mid-June, with installation on a 4500-tonne jacket fabricated in just six months at HFG’s Vlissingen yard taking place offshore Germany in August.

Also in May, HFG delivered the Cygnus Alpha, 1640-tonne wellhead platform, from its Hartlepool Yard, in the UK. This was the first of a string of facilities being delivered to GDF Suez E&P as part of the four-platform UK southern North Sea Cygnus gas development. HFG’s contract comprises three topsides, a compression module, two bridges and a flare tower.

There are also ongoing projects that will spill into 2015. Work continues on the 4400-tonne process and utilities topsides for the Cygnus Alpha platform and 3500-tonne wellhead topsides for Cygnus Bravo, at Heerema Hartlepool, with both due to be delivered in May 2015.

At HFG’s new Polish facility, opened in Opole in late 2013, fabrication work is underway on a 6000-tonne B3 compression platform for Marathon Oil’s Alba PSC B3 platform offshore Equatorial Guinea. The topsides will be assembled at Zwijndrecht, while the 2000-tonne, four-legged jacket for the project is being fabricated in Vlissingen. Both are due be ready 4Q 2015 before sailing for Equatorial Guinea.

Work has also started at Vlissingen on the 15,400-tonne Gina Krog jacket—the largest launch jacket built by HFG. Sailaway is due in April 2015. Finally, at Zwijndrecht, HFG is working on the Montrose area redevelopment bridge linked platform topsides, weighing 8500-tonne, with load out due in 2016.

HFG’s next task is finding projects to fill its yards past mid-2015. There are projects in the pipeline, Brouwershaven says, potentially even outside the North Sea, for areas such as West Africa.

Standardization, where possible, and partnerships would help such projects. However, Brouwershaven thinks the industry is still working out what the best solutions are, so project designs are diverse, making engineering lengthy, complex and costly. 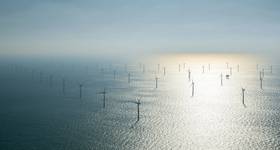