Noble Energy has entered into a non-binding letter of intent (LOI) to supply Jordan’s National Electric Power Co. Ltd. (NEPCO) gas from the Leviathan field, located off Israel, the company announced on 3 September 2014.

In the US$15 billion deal, Leviathan will supply a base gross quantity of 1.6Tcf of natural gas over a 15-year term, with sales volumes beginning at a rate of 300Mcf/d. The final gas and sales agreement is expected to be completed yearend 2014, subject to regulatory approval.

Gas will be delivered at “points to be determined on the Israel-Jordan border,” consortium member Delek Group said in a statement. NEPCO is located in Jordan's capital city of Amman.

"We now have over 60% of Leviathan's initial capacity and 80% of targeted initial sales volumes secured," said Keith Elliot, Noble Energy’s senior vice president, Eastern Mediterranean. The Leviathan field has an estimated 22Tcf of discovered natural gas resources, which Noble Energy upped from 19Tcf in its 2Q financial results. In the same statement, the Houston-based  company also said that the National Planning Committee had issued approval of a site permit for a northern gas delivery point. Phase 1 is expected to come online yearend 2014.

On 27 June, the field’s consortium signed an LOI with BG Group to export up to 3.75Tcf of natural gas over a 15-year period to the UK major’s LNG plant in Idku, Egpyt. The news followed swiftly after Australia’s Woodside Energy terminated its memorandum of understanding to purchase a 30% stake in the project in May.

On 5 January, Bloomberg reported that the Leviathan field consortium formed deals with another contentious neighbor in the energy-starved region: Palestine Power Generation Co. The co-venturers will supply as much as 4.75Bcm of gas over a 20-year period to a power plant to be constructed in Jenin, on the West Bank, in a deal worth about US$1.2 billion.

The NEPCO deal itself is not without precedence: The nearby Tamar field, also operated by Noble Energy, signed gas sales agreements with two Jordanian companies: Arab Potash Co., and Jordan Bromine Co., with sales beginning to commence in 2016. 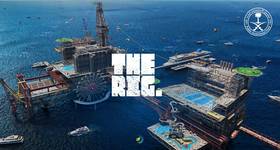