CNOOC Ltd. began drilling the WZ12-10-2 well, the second and last of the two-well project in the Beibu Gulf Block 22/12, offshore China.

The exploration well is located 1.6km east-northeast of Beibu 12-8-W in 36m of water depth. It is adjacent to the WZ12-8 West field in the WZ12-8 development area and is targeting the T42 and Weizhou formations.

According to partner Roc Oil, drilling began on 3 October using the jackup rig HYSY 935. The well has a planned total depth of 1600m.

According to partner Horizon Oil, after drilling was completed using the same jackup, HYSY 935, the well was drilled to total measured depth of 1406m, where granite basement was intersected. However, no oil pay was interpreted in the deeper Weizhou formation. Following this find, a sidetrack (WZ 12-10-1Sa) was drilled to a bottom hole location 340m east-northeast of the first to a total measured depth of 1265m, which confirmed oil in the top T42 formation with a thick net oil pay of 5.5m. The well was plugged and abandoned as planned on 27 September 2014. The discovery is being evaluated to assess how it may be integrated into the Beibu project. 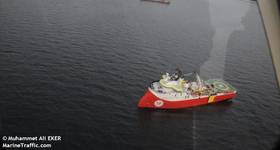 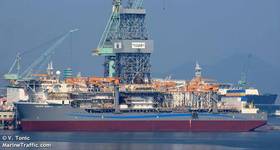