The landscape of risk will continue to change in 2015 for the offshore upstream sector. While new risks are expected to appear, many will remain familiar and consistent with recent years. Some of the biggest concerns are also likely to be eclipsed by potential opportunities.

The biggest area of concern will remain the oil-rich west coast of Africa. The risk of offshore workers contracting Ebola will be statistically low, but the disease outbreak will still have an impact on the sector. Border closures and temporary airline suspensions could disrupt personnel movements while the perception of risk could make it harder for companies to find employees willing to travel to the region. Ongoing pressure on regional healthcare systems could also have an impact on treatment or medevac procedures for non-Ebola issues. Organizations would be well-advised to liaise with their medical evacuation providers in order to plan for potential adverse scenarios in the coming year.

The lack of security on the land will also continue to breed criminality at sea with more attacks expected to target vessels involved in the offshore sector. Personnel will remain at risk of kidnap for ransom while the occasional hijacking of tankers will also have an impact on the downstream sector.

The menace posed by Somali piracy has all but diminished off the east coast of Africa. Once a major threat to shipping and a significant concern for offshore interests, the implementation of proper risk mitigation practices by vessels and improved coordination of international navies has made it a dangerous and unprofitable business venture for the pirates. Nonetheless, the root causes of piracy, such as poverty and an absence of rule of law, have not been tackled in Somalia so the threat may return again.

International tensions will also persist in the South China Sea, as national interests compete for ownership of the hydrocarbon-rich region. However, while these tensions are fueled by massive upstream potential and could lead to occasional spats and sporadic clashes, they are not likely to result in a war.

Conventional warfare will be much more of an issue in another part of the world: Eastern Ukraine will remain heavily disputed, with a subsequent impact on the political risk environment in Russia. International sanctions on Moscow will hinder efforts to develop the country’s emerging upstream Arctic operations. Without foreign finance and technical expertise, the sector will be slow to develop.

Further south, sanctions will continue to block investment in Iran. At this stage, international negotiations are unlikely to open the country up to offshore investment in 2015, but when they do there could be a flood of investment in the offshore upstream sector, in both the Persian Gulf and the Caspian Sea.

Elsewhere in the Caspian region, the lack of rule of law and corruption will hinder investment in places such as Turkmenistan. Upstream investment will also likely remain limited in Kazakhstan until the ill-fated Kashagan project comes back online, but that is not likely until 2016.

The opportunities in the Latin American region are likely to outweigh the risks. Peace talks between the Colombian government and FARC rebels remain at risk of failure. However, even if rebel violence increases and threatens the energy sector onshore it will likely pose little risk to offshore interests. The rebels simply do not have the capacity to target maritime interests, or even the airports and transport routes that energy workers use to travel to and from their work in the country.

The greatest developments in the offshore upstream sector in Latin America are likely to take place in Mexico, where recent energy reforms are expected to provide numerous opportunities. Rather than political risks, which are deemed to be relatively few, the greatest concern in the minds of most risk managers will likely be a potential repeat of the Deepwater Horizon disaster.

John Drake runs the intelligence department of international risk mitigation company AKE. Formerly based in AKE’s Baghdad office he has also worked in Aberdeen, Hereford and Sri Lanka. His team, based in the Lloyd’s of London building, advise companies and organisations on a variety of security, political and travel risk issues around the world. 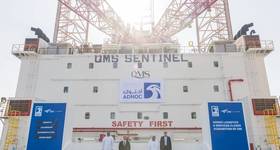 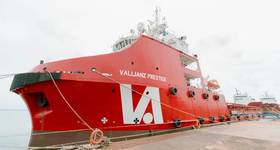