Chevron’s results for 2Q 2015 show the company in a drastic drop of nearly 90% compared to last year, from substantial impairments that have lead the company to implement multiple efforts to improve future earnings and cash flows.

Earnings for the US-based company came in at US$571 million, a minuscule portion of the $5.7 billion Chevron made in 2Q 2014.

According to the report, a total of $1.96 billion of impairments and other charges of approximately $670 million related to project suspensions and adverse tax effects are to blame. All were non-cash charges stemming from a downward revision in the company’s longer-term crude oil price outlook. Operating revenues and sales were also down 33% from $56 billion in 2Q 2014 to $37 billion this quarter.

“Second quarter financial results were weak, reflecting a crude price decline of nearly 50% from a year ago. Our upstream businesses were particularly hard hit, as lower prices reduced revenues and triggered impairments and other charges,” John Watson, Chevron chairman and CEO said.

The company did however achieve start-up of the sixth production well at Jack/St. Malo in the deepwater Gulf of Mexico. Ramp-up production at the project is at 80,000 b/d, and continues to exceed expectation, Chevron noted.

International upstream incurred a $1.18 billion loss this quarter compared to earnings of $4.21 billion in 2Q 2014, also due to lower crude oil realizations, higher depreciation expenses, primarily reflecting impairments, in addition to higher income tax items and higher exploration expenses. Average international prices for oil and natural gas dropped 45% from $101/bbl in 2Q 2014 to $56/bbl in 2Q 2015. International prices for natural gas fell 25% from $5.98 Mcf in 2014 to $4.48 Mcf this quarter.

“Project execution on our Gorgon and Wheatstone Australian LNG projects is a priority for us,” Watson said. “Incremental production and cash generation from these projects and others, along with a curtailed capital program, should provide support for continuing competitive shareholder distributions.”

Also in Australia, Chevron completed the sale of its 50% owned Caltex Australia Ltd.

Chevron is leading efforts to resize contractor and employee workforce as part of its $1 billion cost savings plan in its corporate center, which the company revealed earlier this week.

A total of 1500 jobs across 24 groups will be affected, with Houston seeing 63% of the cut at 950 jobs. The company's headquarters in San Ramon, California will lose 500 jobs, in addition to 50 international positions. Out of the 1500 total, 270 of them are existing vacancies, which will not be filled. Chevron will also eliminate 600 staff augmentation contractors from the 24 groups in the corporate center. 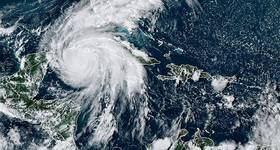 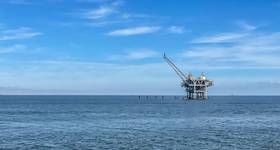