SBM Offshore and Petróleo Brasileiro (Petrobras) will resume normal business relationships after a US$163 million settlement agreement over allegations relating to the Lava Jato scandal was reached amongst the Dutch floating production specialist firm and Brazilian authorities last week.

The Ministry of Transparency, Oversight and Control (Ministério da Transparência, Fiscalização e Controle – MTFC), the Public Prosecutor’s Office (Ministério Público Federal – MPF), the General Counsel for the Republic (Advocacia Geral da União – AGU), Petrobras and SBM Offshore entered into a deal on 16 July that closed out the inquiries of the MPF, the MTFC and Petrobras into the payment of undue advantages to employees of Petrobras, SBM confirmed.

SBM is now set to pay a $162.8 million cash payment in three installments, of which $149.2 million will go to Petrobras; $6.8 million to the MPF; and $6.8 million to the Council of Control of Financial Activities (Conselho de Controle de Atividades Financeiras – COAF) for the implementation of units for massive electronic process of information and other instruments to be used in the prevention and combat against corruption by the MPF and the COAF. The first installment of $142.8 million will be payable as of the effective date of the agreement. The two further installments of $10 million each will be due respectively one and two years following the effective date of the agreement.

The MTFC investigation had been suspended as a result of the execution of a memorandum of understanding (MoU) between the MTFC and SBM Offshore in March 2015. Following the execution of the MoU, SBM Offshore, the MTFC, the MPF, the AGU and Petrobras engaged in negotiations which resulted in the signature on 15 July of the settlement agreement.

According to the terms of the agreement, SBM Offshore is granted, by the MTFC, the MPF, the AGU and Petrobras, full discharge and exemption from legal actions for all matters related to or arising from any acts relating to its then main Brazilian agent and his companies over the period 1996 – 2012 and all related investigations conducted by Petrobras, the MPF and the MTFC.

The terms have also resulted in a reduction of 95% in future performance bonus payments related to FPSOs Cidade de Anchieta and Capixaba lease and operate contracts, representing a nominal value of approximately $179 million over the period 2016 to 2030, or a present value for SBM Offshore of approximately $112 million.

SBM Offshore further remains under the obligation to cooperate with the procedures that may be conducted by the MTFC and the MPF against third parties, as developments of the case, the company said.

In January, SBM accepted an out-of-court settlement over allegations relating to the Petrobras Lava Jato corruption scandal, however, the firm said that it did not amount to an admission of guilt.

Allegations were made in December 2015 by the Brazilian Public Prosecutor's Office regarding SBM Offshore's CEO Bruno Chabas, and a member of the company's supervisory board, Sietze Hepkema.

"The company emphasizes that this settlement does not involve an admission of guilt and remains of the opinion that the accusations are without merit," SBM Offshore said in January. "However, SBM Offshore also believes that accepting the settlement offers a pragmatic opportunity to expeditiously resolve this matter that avoids long and costly legal proceedings and allows the company's management team to concentrate on the business."

Lava Jato is widely known as the world’s largest corruption investigation, which was first revealed in 2009, and consisted of large-scale bribery of government officials and money laundering conducted by illegal money brokers using gas stations, hence the name “Car Wash,” or Lava Jato in Portuguese. 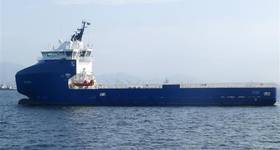