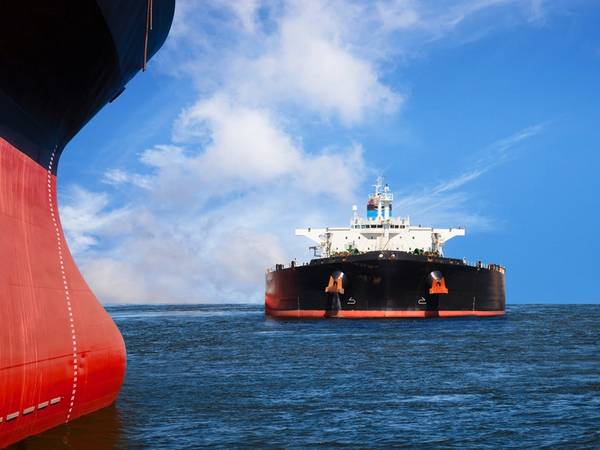 Brazil has more than doubled the number of risky ship-to-ship oil transfers this year, but its monitoring of such offshore maneuvers is lax, to a point where a July 2017 collision between two tankers was not reported, according to a Reuters review of government and shipping records.

Transfers are projected to keep rising as the country's deep-water discoveries have lured major companies including Exxon Mobil Corp and Royal Dutch Shell Plc to recent offshore auctions. During these maneuvers, ships pull alongside one another and oil is transferred to a vessel via high-pressure hoses. The practice has only been allowed since 2013 in Brazilian waters.

However, weak monitoring makes it difficult to track the most basic statistic: how many transfers have taken place.

The Brazilian Navy said it has logged 59 ship-to-ship deliveries by oil producers through Oct. 30, up from 28 last year, but Shell and a Repsol Sinopec joint venture have already done 65 transfers through October. A Navy spokesman was unable to immediately account for its lower figure.

Companies are expected to tell authorities of ship-to-ship (STS) transfers, especially if there is damage or oil spilled in the ocean, but not all do, according to Reuters' review of government and shipping records and interviews with 16 representatives of maritime agencies, lawmakers, regulators and service providers.

Most oil-producing countries allow the practice, but with greater oversight. In Uruguay, for instance, at least two Navy police officials must be present during the offshore operations.

Brazil's oil regulator and Navy both said they were never informed of the 2017 collision of two vessels during a STS oil transfer. STS operator Knutsen NYK Offshore Tankers estimated one of the vessels involved suffered $1 million in damages from the collision.

Critics say the lapse points to lax oversight by officials.

"Current legislation is too flexible, allowing companies to do what they want," said Congressman Nilto Tatto. "We must improve rules so that the government assumes its responsibility and we must make companies comply."

Collision at Sea
Brazil's oil regulator ANP and the nation's Navy each said they were never informed of the collision while an internal Knutsen's document reviewed by Reuters noted authorities were told, without specifying which agency.

John Einar Dalsvag, a Knutsen vice president, in an email said there was no need for any official report to authorities because there was no environmental impact and damages were "minor."

The collision occurred during a seaborne transfer of oil conducted by U.K.-based STS provider Fendercare Marine, the Knutsen record showed.

Fendercare referred questions on the incident to Royal Dutch Shell, which produced the crude transferred. A Shell spokesman said there was a "minor collision," adding it complies with all laws where it operates.

The number of STS transfers in Brazil could reach 300 by 2022, according to Erik Cunha, sales chief at OceanPact Servicos Maritimos SA, a firm that handles marine oil spills. Brazil's offshore production is expected to reach 2.9 million bpd next year, and 4 million bpd by 2027, according to consultancy Wood Mackenzie.

Self-reporting Rules
STS providers and their customers say the practice is safe. Customer data compiled by maritime consultancy Dynamarine show less than 1 percent of worldwide STS operations result in collisions. Oil spills that enter the ocean during transfers are extremely rare, it said.

Brazil relies on tanker operators and STS providers to self-report to the Navy and ANP any collisions and accidents that result in "material damage."

"There is no way of monitoring operations 24 hours a day," said Brazilian Navy official Pericles Arraes, who said no report on the 2017 collision was needed since oil was not spilled and workers were not harmed. He commended the Navy's monitoring, adding: "it is a constant improvement process."

But David Zee, a professor of oceanography at the Federal University of Rio de Janeiro, called Brazil's self-reporting "a procedural failure."

"Would I let my student grade his own test?" Zee said.

Ibama, the nation's environmental regulator, uses radar to check for offshore spills, scanning each stretch of the ocean every six days, said Fernanda Pirillo, emergencies coordinator for Ibama. It has found none from STS operations since transfers began in 2013. 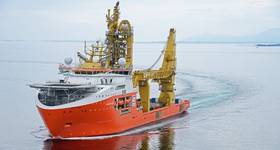