'Recovery' Led by OSVs with Engineers On Board 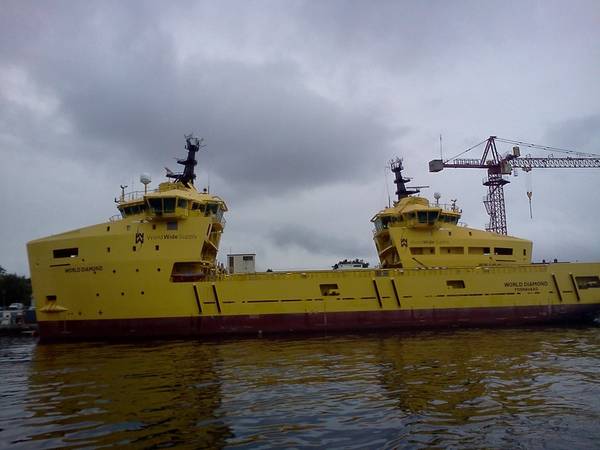 A report back in 2014 from numbers crunchers Rystad Energy — about the timing of an upturn for subsea engineering — appears to be proving largely true. Recovery, it said, would begin haltingly in two parts: first subsea services and then subsea equipment.

The reason was noted by this reporter after a visit to Statoil, now Equinor, in Oslo. The offshore operator said it had created a vast new cataloging and storage system for subsea equipment. Looking to cut costs, it said those stored subsea trees would be used before any new equipment was ordered.

With 80 percent of Norway’s offshore acreage and goodly share of active U.K. licenses, it was clear that subsea services in Northern Europe would pick up before subsea equipment. The cost-cutting shakeup was not lost on a subsea construction segment and became part of the impetus for mergers of subsea equipment makers and offshore contractors.

Worse, Rystad and Equinor’s warnings were, in 2014, accompanied by a broadside in Moscow from BP chief executive Bob Dudley, who warned the World Petroleum Conference that “the end of stable oil prices” was at hand. Now, as these lines are being written, oil is stepping back after a year of solid gains.

Fleets Divided
For offshore fleets, the timing of this halting recovery is proving right-on. In Oslo on Tuesday, with shares in offshore construction outfit DOF plunging nine percent, the company’s leadership could point to tangible improvements in the offshore market, especially in the North Sea. With its fleet working the world’s deepwater oil provinces, they added that the only caveat was that anchor-handlers (AHTS) and platform supply vessels (PSV) weren’t feeling much uptick.

That trend has been so strong for so long now, that industry analysts like Clarskson Plateau keep their watch separate: OSVs and subsea vessels. The latter indicates ships with engineering on board.

With the day rates paid for all offshore vessels by offshore oil and gas companies still subdued, the subsea and construction vessels are at least seeing a revival in fleet utilization. It’s fueled, in part, by wind installations.

“The activity level within the oil and gas industry is increasing due to the improved oil price,” wrote Viking Supply Ships CEO, Trond Myklebust, in a note to shareholders on November 9. He added that while better oil prices had been helping put more rigs to work, the OSV segment (of AHTs and PSVs) was “far behind” that usage cycle.

“We expect that the general OSV market will continue to be impacted by the huge oversupply of tonnage, which makes the market still challenging.” Indeed, Clarksons has the number of OSVs in operation at 5,301 with 600 more newbuilds on order. With that, Mykelbust — who has just sold the company’s last remaining PSVs — said Viking would focus on its ice-classed vessels, for which demand is expected to grow (especially after new cold water licensing rounds in Alaska, Canada, the U.K. and Russia). Myklebust is a former Bourbon Offshore chief exec and was the first CEO to warn of the “bloodbath” that would eventually hit the AHTS and PSV market.

Recovery Path
For offshore fleet owners whose vessels wield an engineering component —- like DOF, Subsea 7 or Bourbon Offshore — there’s at least the forecast upturn, as stockpiled subsea kit is used up. While the recovery is still nascent in subsea, it’s statistically stronger than what the rig market and its associate OSV market are seeing.

Already, the mixed fleet operators are saying that however tough, 2018 has been much easier than 2017, whatever the numbers. The gearing for new markets long ago begun, turnkey offshore wind projects now mark “the ongoing transformation of business models,” Bourbon said this week, as it juxtaposed vessel “overcapacity” with the “end of decline”. It regretted only that long-term contracts were being locked in at “persistently low” rates that were still some nine percent lower than last year for all OSV types. Still, the company was seeing “renewed growth in the number of tenders,” as exploration in Mexico, Nigeria, Angola and the Middle East picks up.

It was in subsea services, where Bourbon, with its 500 OSVs, posted the strongest gains. Subsea revenues were up over 25 percent, as floating offshore wind farms became a business stream with that first turbine installation off Scotland. Offshore engineering heavyweight Subsea 7 reported similar tangible improvements. Oilfield maintenance has picked up in Africa and the North Sea, and with it spot duty for all offshore construction vessels (OCV). 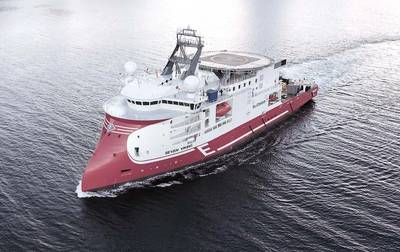 “With oil prices set to remain well above $60 a barrel, our clients are recovering leeway,” Bourbon reported this week. They’ve also squeezed leeway out of ship operators, as average day rates are down about a quarter for subsea services and a third for AHTSs and PSVs.

Subsea 7, meanwhile, has just reported that its order backlog has hit $5.1 billion with projects in all the world’s oil provinces, including new awards at Buzzard and Triton in the U.K. North Sea and at Katmai in the U.S. Gulf of Mexico.

In three months, it earned revenues on oil-gas engineering jobs alone of $1.1 billion. Wind added another 10 percent to that. Of Subsea 7’s 34 OCVs, 32 pipe-laying, construction, heavy-lift and other vessels are under contract.

That sounds like busy times for offshore engineering if not for OSVs dependent on rig hires. So, if anything, the offshore “recovery” is production-based rather than exploration-based.