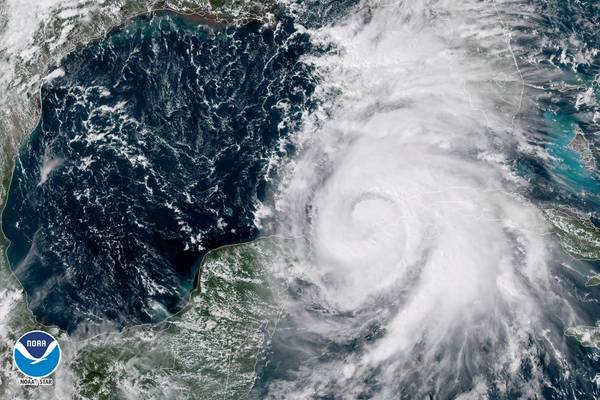 Energy companies on Monday halted nearly a fifth of Gulf of Mexico oil production and evacuated staff from 10 platforms as Hurricane Michael intensified and headed for a path up the eastern U.S. part of the Gulf.

BHP Billiton, BP, Equinor and Exxon Mobil Corp were evacuating personnel from oil and gas platforms in the Gulf as forecasters predicted the storm would become a Category 3 hurricane.

Companies turned off the daily production flow of 324,190 barrels of oil and nearly 284 million cubic feet of natural gas at midday, according to a survey of producers. Five drilling rigs also were moved out of the storm's path, the Bureau of Safety and Environmental Enforcement said.

U.S. oil prices ended mostly flat as traders discounted the impact of the storm. Crude futures on Monday settled at $74.29, down 5 cents.

The storm is expected to intensify into a Category 3 hurricane with sustained winds of 111 to 129 miles (178 to 208 km) per hour and bring heavy seas to producing areas in the central Gulf of Mexico. The storm's current path takes it away from refinery-heavy areas.

BHP Billiton said it was shutting-in production and evacuated staff at two platforms while BP shut in production at four platforms. The platforms evacuating personnel and shutting in production include BHP's Shenzi and Neptune and BP's Atlantis, Mad Dog, Na Kika and Thunder Horse facilities, the companies said.

Hess Corp, Royal Dutch Shell and Anadarko Petroleum Corp said they were monitoring the storm and would take action as needed. Shell was securing some drilling operations on Monday but facilities were still staffed and operating, spokeswoman Kimberly Windon said.

The storm's intensity is being fed by warm sea surface temperatures and a lack of upper-level windshear, said forecasters. Those conditions should result in 15- to 20-foot waves, "enough to be disruptive of oil production operations" west of the storm track, said John Tharp, operations supervisor at Weather Decision Technologies.

Shipping ports, including Gulfport and Pascagoula, Mississippi; Mobile, Alabama; and Pensacola, Florida, were open on Monday, but the U.S. Coast Guard warned of gale-force winds in the next 48 hours.

Over 45 percent of U.S. refining capacity is located along the Gulf Coast, along with 51 percent of the nation's natural gas processing plant capacity, the EIA said.