PDVSA to Divert Tankers to Nearby Port after Collision 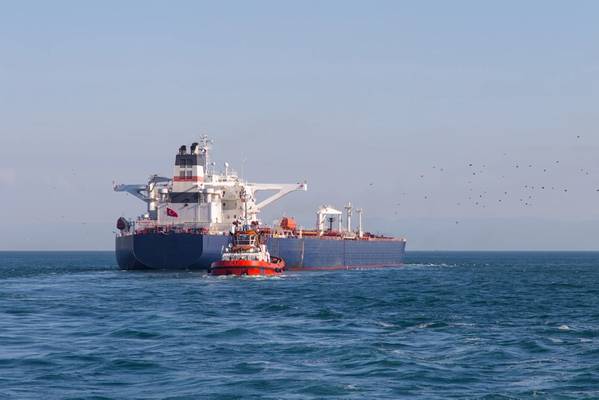 A tanker collision that damaged Jose port's South dock and forced its closure has added to delays in loading crude for export, especially to customers such as Russia's Rosneft and U.S.-based Valero Energy Corp and Chevron Corp.

Oil tankers that were assigned to load diluted and upgraded crudes at Jose's South dock would be diverted to neighboring Puerto la Cruz terminal under the proposed plan. Vessels will be limited to up to 500,000 barrels each, one of the sources said.

"We will start moving crude out through Puerto la Cruz, to be delivered to customers that can accept cargoes of up to 500,000 barrels," one of the sources said.

PDVSA is keen to recover oil export capacity after the country's main source of revenue fell 26 percent to 1.22 million barrels per day (bpd) in the first half this year as production fell to historic lows.

The declines have crippled its economy, which is plagued with hyperinflation, shortages of food, water and medicine. The port accident put new strains on PDVSA's efforts to fulfill its supply contracts.

The firm earlier this year asked some customers to bring larger tankers to cut a backlog around Jose port. Most vessels currently waiting were expected to load over 1 million barrels of heavy crude each, according to one of the sources and Thomson Reuters vessel tracking data.

It is unclear which customers will accept the new terms.

PDVSA said in a tweet on Friday that work to replace the damaged fender at Jose's South dock has started. It did not say how long the contingency plan would be in place.

"Our goal is making tanker activity fluid and fulfill our (export) obligations," another source said.

Jose's South dock was refurbished in 2016 to increase its export capacity. It was later designated as PDVSA's main hub for naphtha imports. Along with two other berths and two single monobuoy systems, Jose handles three-quarters of Venezuela's crude exports.

The country's crude production in July fell to 1,469 million bpd, according to official figures reported to OPEC, its lowest level in over 60 years.