Over-extended Oil Prices Were Primed For a Fall 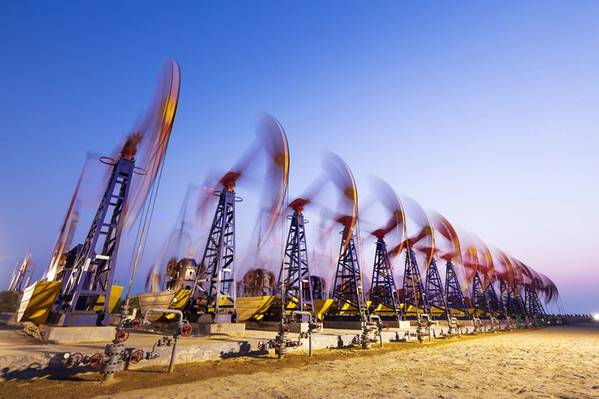 Pay attention to what traders actually do, not what they say, is one of the most important principles for successful oil market analysis.

Despite all the bullish commentary around oil prices in recent weeks, there was plenty of forewarning prices were primed for a setback.

By the middle of April, hedge funds had accumulated a near-record net long position in crude and products futures and options equivalent to 1.4 billion barrels.

Bullish long positions outnumbered bearish short positions by an unprecedented ratio of almost 14:1, according to regulatory and exchange data.

Front-month Brent futures prices continued to climb by another $8 per barrel over the next five weeks, with the focus on declining oil exports from Venezuela and new sanctions on Iran.

But a closer look at the market revealed plenty of signs the rally might be running out of momentum and was becoming increasingly vulnerable to a correction.

Hedge funds and other money managers were net sellers of petroleum futures and options in each of the five weeks between April 17 and May 22.

Bullish long positions were trimmed by 52 million barrels while the number of bearish short positions rose by 57 million.

The shift was even more pronounced in crude, where long positions were trimmed by 107 million barrels while shorts were boosted by 62 million.

Front-month Brent futures slumped from backwardation into contango, in part because so many hedge fund positions are concentrated at the front-end of the futures curve.

The physical Brent market too displayed increasing signs of weakness, with dated Brent prices falling into contango and reports of unsold cargoes.

Weakness spread along the futures curve, with the six-month Brent calendar spread easing from a sharp backwardation of $3.50 per barrel on April 26 to just $1.49 on May 29.

Trigger
Since the start of 2015, large concentrations of long or short positions by hedge funds in the oil market have usually heralded an imminent reversal in the recent price trend.

Lopsided positioning can cause a reversal even in the absence of significant new information about production or consumption ("Why stock markets crash: critical events in complex financial systems", Sornette, 2003).

But in recent weeks several new pieces of information suggested the rally might run out of momentum and be thrown into reverse, at least temporarily.

Rapidly rising prices put the issue of demand destruction back on the agenda, with major forecasters starting to revise down their predictions for consumption growth in the second half of 2018 and 2019.

Rising crude prices have already pushed up pump prices in the United States and other oil-consuming countries to sensitive levels.

On April 20, U.S. President Donald Trump blamed the Organization of the Petroleum Exporting Countries for raising prices to unacceptably high levels with a message on Twitter.

On May 23, U.S. Senate Democrats, sensing a political opportunity, wrote to the president blaming OPEC for the rise in prices and calling on him to put pressure on the organisation and particularly Saudi Arabia to boost oil supplies.

OPEC, led by Saudi Arabia, and its non-OPEC allies, led by Russia, are increasingly blamed for the increase in oil prices by restricting their production despite strong growth in consumption.

Falling output from Venezuela and the prospective reduction in exports from Iran have highlighted how far OPEC and its allies are in danger of undershooting their collective production target for 2018.

Saudi Arabia is in a particularly delicate position because it has urged the United States to impose sanctions on Iran but does not want to be blamed for increasing motorists' fuel costs in a U.S. election year.

In response, OPEC sources have started to signal their willingness to increase output to compensate for losses from Venezuela and Iran, reversing their earlier position that output would be unchanged until the end of 2018.

Communications from OPEC about a possible production increase in the second half of 2018 seem to have provided the trigger for the sharp sell-off in oil prices that started on May 24.

But the pressure for a change of OPEC strategy had been intensifying for several weeks, and at least some traders had already begun to anticipate the shift by adjusting their positions well beforehand.

As always, it's what people do, not what they say, that matters.