UBS sees upside for demand growth in 2018. Reuters survey shows strong compliance with output cuts.
Brent oil prices held near $70 per barrel, supported by strong compliance with output cuts by OPEC and its ally Russia, as well as expectations for strong demand growth in 2018.
Brent futures, the global benchmark, were down 8 cents at $69.57 a barrel by 1104 GMT. U.S. West Texas Intermediate (WTI) crude was up 4 cents at $65.84 a barrel.
"The OPEC/non-OPEC production and U.S. tight oil have justifiably been a focus this year. Yet demand has quietly underpinned the tightening of the market over the past year," Jon Rigby from UBS said in a note.
Global oil demand rose by 1.6 million bpd, or about 1.5 percent, last year and UBS said it should grow by another 1.3 million this year or even more after the International Monetary Fund raised its global economic growth forecast.
UBS said that in each of the 10 individual years since 1980 when GDP grew by over 4 percent, oil consumption growth exceeded 1.5 percent in seven of them: "This implies upside risk to our current 2018 demand growth forecast".
On the supply front, production by the Organization of the Petroleum Exporting Countries rose in January from an eight-month low, as higher output from Nigeria and Saudi Arabia offset a further decline in Venezuela and strong compliance with a supply reduction pact, a Reuters survey showed.
Adherence by producers involved in the deal to curb supply rose to 138 percent from 137 percent in December, the survey found, suggesting commitment is not wavering even as oil prices hit their highest level since 2014.
"It underscores the commitment of the cartel, and their Russian partners, to keep a floor under the oil price," said Greg McKenna, chief market strategist at futures brokerage AxiTrader.

That is drawing investors' focus away from the rise in U.S. production. U.S. output surpassed 10 million bpd in November for the first time since 1970, the Energy Information Administration said this week. 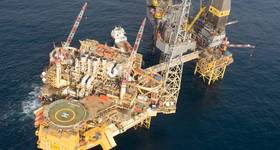