Rio Oil & Gas also highlighted the growth in development of nanotechnology within the oil industry. The debate concluded that nanotechnology could definitely be an important tool to increase the efficiency of oil recovery in any field and specifically in mature fields.

Nanotechnology is the science of materials in a range very close to molecular dimensions (1-100nm). A report commissioned by the Lloyd’s Register Foundation in 2013 said that nanotechnology will have a far reaching impact on almost every industry including energy, transportation, manufacturing, medical, computing and telecommunications.

The oil industry recently began investing heavily into different uses of nanotechnology as it provides prospects of advancement and major development in the various areas in the industry. Nanotechnology promises to bring advances in features such as coating against corrosion, embedded as nano-sensors in structural materials such as concrete or inside engines, providing feedback on corrosion or stresses and producing continuous real-time data of structural and systems performance.

According to Baker Hughes’ Vice President of Technology Ruston Moody, 60% of the existing nanotechnology patents are from the US and Canada and the number of patents has greatly increased in the last 10 years. Moody valued the market at US$9 billion, up from the $4.5 billion five years ago. Baker Hughes is currently developing a coating composed of carbon, which is manufactured through the use of nanotechnology. The innovative product can handle temperatures up to 700°F (371°C), which allows its use in geothermal wells.

“Nanotechnology enables us seeing everything that one day we could only model. One of our challenges is figuring out how nanotechnology will really affect recovery of oil and gas,” says Claudius Ferger, senior manager of smart devices at IBM Reserach Brazil. Petrobras has requested specifications from Industrial Nanotech, a company which specializes in nanotechnology, for applications of its thermally insulating and corrosion resistant coating, Nansulate. The specification is for a pipeline project, which consists of 105mi (169km) of 18in. pipe to be manufactured in Brazil.

Intensive research is ongoing within the oil industry to enhance oil recovery. Colombia’s Ecopetrol is also using a method of inorganic nanoparticles injection in its Castilla exploratory process.

Richard Romero, petroleum engineer for Ecopetrol, says that they have tested two types of nanoparticles and the one with best results presented 112mg of asphaltenes, resulting in a reduction in petroleum viscosity along with a reduction of 35% in BWS. During the testing procedure, Ecopetrol achieved a record production of 141boe/d and increased the oil’s mobility through nanotechnology. Nanoscale technology research shows that established chemical and physical properties do not hold and the nanoparticles may exhibit extraordinary magnetism or other changes in their micro and macro properties. A key development in nanoscale technology specifically for the oil and gas industry was the formation of the Advanced Energy Consortium, says Mohsen Ahmadian, Ph.D., Project Manager at University of Texas Austin. The AEC funds research projects of particular value to the industry at universities, labs and companies around the world. In many instances projects can involve partnerships between academia and industry.

Most operators are exploring various uses for nanotechnology. Shell, for example, employs nanotechnology to catalyze chemical reactions and also in

preventing the pipe corrosion. Shell has millions of channel sensors designed to monitor how well their infrastructure is doing. With nanotechnology, the sensors can be made smaller and cheaper. The sensors would also be faster to produce, which could be vital when deploying millions of sensors at the same time.

The Brazilian Nanotechnology National Laboratory (LNNano), created in 2011, has been working on a range of projects in partnership with Petrobras. Research, such as study of duplex and super-duplex stainless steel welding ability, is ongoing.

LNNano is also the headquarters of the Bi-national Brazil-China Center of Nanotechnology, a project of bilateral cooperation between the Brazilian Ministry of Science, Technology and Innovation and the Chinese Sciences Academy, which facilitates cooperation in nanotechnology and nanosciences. 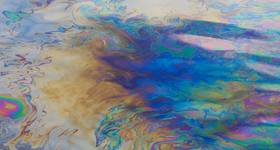