Pemex to collaborate with GE, IMP

Among other areas, two technology areas addressed in the agreement relate to deepwater play: improving the efficiency of a “mechanical flow device” to “[significantly]” benefit Pemex’s oil recovery rate, and to develop subsea equipment monitoring and inspection technologies.

Pemex CEO Lozoya Austin said that “the agreement is signed in the context of the Energy Reform promoted by President Peña Nieto, and will strengthen the competitiveness of Pemex.”

The IMP was founded in 1965 under the initiative of the then-current general director of Pemex, Jesus Reyes Heroles. It is a public research organization that partners with Pemex by providing technical solutions and training.

Technology necessary in the post-reform landscape

Following the passage of the country’s landmark energy reform,  Mexico's future in deepwater play, and the technology that drives that play, has been a continued source of much speculation.

“There are a number of owners of technology who have not been willing to go into Mexico because of the limited rewards available to them,” Dallas Parker, partner in Mayer Brown's Corporate & Securities division told OE in January, shortly after the passage of the reform. “The example is often made that [deepwater drilling] is as challenging as putting a man on the moon. It takes massive amounts of technology. This is a very technology-concentrated business.”

Jose Valera, partner in Mayer Brown’s Houston office and co-head of the firm’s oil and gas practice, agreed: “Essentially, today, you have one buyer of technology: Pemex. That’s it. It buys it in an inefficient, cumbersome, and slow way. You could have tends dozens hundreds of companies buying and developing technology…but only Pemex is in the oil business in Mexico.”

No timeline was given in the announcement, and at the time of this writing, GE Oil & Gas and IMP have not responded to requests for comment.

Photo of signing from IMP

Mexican energy reform seeks to make history while repeating it 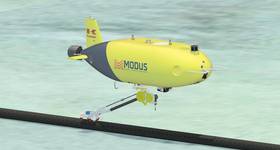