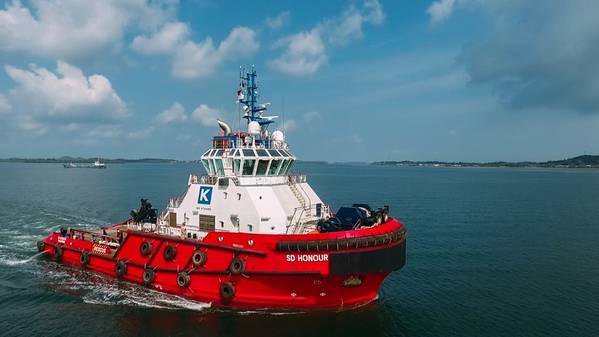 KOTUG's subsidiary KOTUG Guyana has been awarded a second contract by ExxonMobil affiliate Esso Exploration and Production Guyana to support operations in Guyana.

“The addition of the SD Honour to KOTUG’s operations is a reflection of KOTUG’s high values and standards with regards to safe operations, teamwork and maritime excellence. Strengthened by the outstanding performance of the crew onboard the SD Power, we are proud to be able to contribute to the rapid growth of EEPGL ’s operations and continue our pleasant and transparent working relationship. With our expertise and large fleet of Offshore Support Vessels, we can support offshore floating projects that emerge in response to rising energy demand at short notice” Says Ard-Jan Kooren – CEO and President of KOTUG International.

In July, the U.S. major said it is already producing more than the 340,000 barrels of oil equivalent per day (boepd) target it had originally set for itself by the end of 2022 in Guyana.