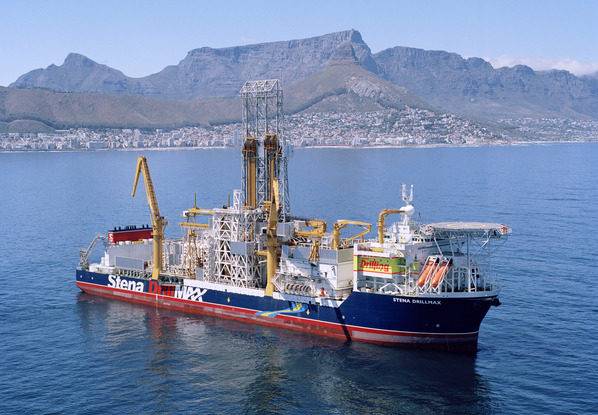 The Karish North sidetrack was drilled 700 meters north of the original Karish North penetration with a key objective to confirm the Gas Water Contact (GWC). The sidetrack encountered a GWC at 4,791 meters true vertical depth subsea (TVDSS), 13 meters below the Gas Down To (GDT) that was encountered in the original wellbore. A thin rim of light oil or condensate was identified immediately above the GWC. The total mapped hydrocarbon column is confirmed at 310 meters.

The remaining volumetric uncertainty is largely associated with thinly bedded sections of the reservoir in the B Sand Unit. This potential will be confirmed via acquisition of a core from this section, which is expected to be achieved when the well is completed as a producer.

The Karish North Discovery will be developed via a tieback to the Energean Power floating production, storage and offloading unit (FPSO), which is located 5.4 kilometers away and is being built with 8 BCMA of capacity. The appraisal results further enhance the likelihood that the 0.4 BCMA I.P.M Beer Tuvia contract will be converted into a Firm Gas Sales and Purchase Agreement (GSPA), which will increase firm contracted volumes to 4.7 BCMA. Energean has also recently signed a Term Sheet with MRC Alon Tavor Power, Ltd., the winning bidder of the Alon Tavor tender. Future GSPAs will target both the growing domestic market and key regional export markets.

Mathios Rigas, Chief Executive of Energean, said, “This is an excellent result from the Karish North appraisal sidetrack, confirming in place volumes in the top half of pre-drill estimates and increasing our recoverable volumes in Israel by 0.9 Tcf (25 BCM) of gas plus 34 million barrels of light oil or condensate. Today’s news delivers upon another commitment that we had made to our shareholders and the successful results allow us to continue our gas marketing efforts in the region with a goal to fully utilise the capacity of our 8 BCMA FPSO. Our focus now remains on closing the Edison E&P acquisition, in parallel with progressing Karish development. ”

Norway Gov't to Give $12,6M to Organizers of Canceled Oil & Gas Event