22 more approved for Brazil’s 13th round

Brazil’s National Petroleum, Natural Gas, and Biofuels agency (ANP) expanded on its approval of the country’s 13th bid round, with the announcement of more than 22 of 39 applications from international oil and gas companies.

Adding to the list of 12 that were approved earlier this week include supermajors BP, ExxonMobil, Statoil, Rosneft, and Total.

Brazil’s 13th bid round will be held on 7 October and will offer 266 exploration blocks, both on and offshore, in 10 sedimentary basins: the Amazon, Parnaíba, Potiguar, Reconcavo, Sergipe-Alagoas, Jacuípe, Camamu-Almada, Espírito Santo, Campos and Pelotas.

Unlike previous rounds, the qualification process will only be made to the winning companies, the ANP said.

Earlier this week, the ANP announced the first 12 companies to be pre-approved for the 13th bidding round, which included Shell, GDF Suez, Galp Energia, PTTEP, Sonagol, Premier Oil, among others.

ANP approves 12 for Brazil round 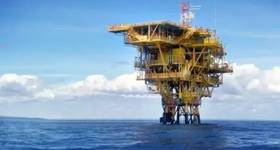