ANP approves 12 for Brazil round

Notably missing from this first batch of pre-approvals is Russia’s Rosneft, which stated last week that it has submitted registration for the round.

The 13th round, held next month, will offer 266 exploration blocks, both on and offshore, in 10 sedimentary basins: the Amazon, Parnaíba, Potiguar, Reconcavo, Sergipe-Alagoas, Jacuípe, Camamu-Almada, Espírito Santo, Campos and Pelotas.

It should be interesting to see how the round turns out considering the two last two disappointing licensing rounds in North America. Last week, The US Gulf of Mexico Lease sale 246 only racked up US$22.7 million in bids. In July, Mexico's Round One managed to award only 2 of 14 contract areas. 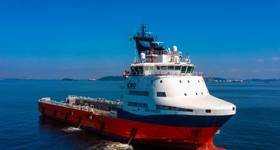