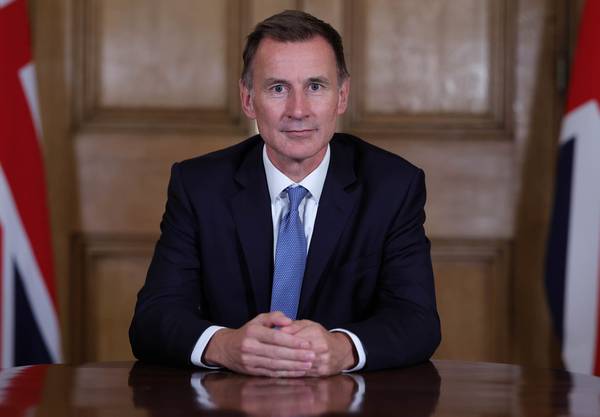 British finance minister Jeremy Hunt is considering a big increase in a windfall tax on oil and gas firms and extending it to power generation firms as he tries to find ways to repair the country's public finances, sources said on Saturday.

The idea is "under consideration" ahead of Hunt's announcement of a new budget plan on Thursday, a government source said, speaking on condition of anonymity.

Under the plan, first reported by The Times, the levy would be increased to 35% from its current rate of 25%. It would also apply to electricity generators and run until 2028 instead of 2025 as currently scheduled.

The newspaper said the tax would raise a total of 45 billion pounds ($53.3 billion) over the next five years.

A senior source at a North Sea producer, who was familiar with the government's plans, said it was vital that a tax investment incentive was also extended and that the government avoid more tax changes so "investors can have confidence and continue putting cash into major North Sea developments."

The chairman of Ithaca Energy, a newly listed North Sea oil and gas producer, said last Wednesday that removing incentives to invest in oil and gas would make the British offshore industry uneconomical.

Other countries have also introduced windfall taxes on energy companies which have seen their profits surge after Russia's invasion of Ukraine caused gas prices to skyrocket.

Shell has said it does not expect to pay the British tax in the current quarter because its investments offset it, raising questions about how much extra revenue the government will actually raise with it.