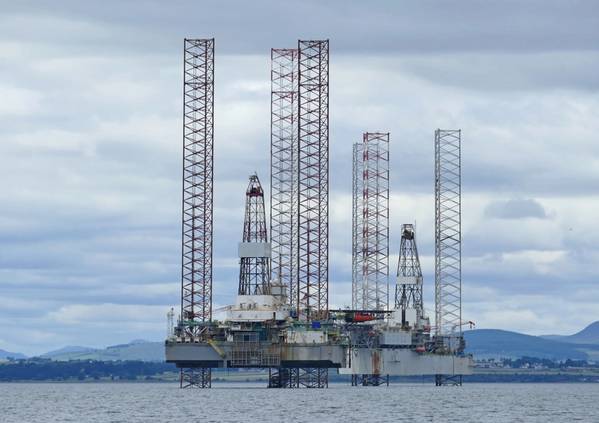 The UK Government has announced it will support a new oil and gas licensing round in the North Sea that is expected to be launched in October.

It has also lifted a moratorium on shale gas production in England.

In a statement, the government said, "In light of Putin’s illegal invasion of Ukraine and weaponisation of energy, the government is taking concrete steps to increase home-grown sources of energy, reduce the UK’s reliance of foreign imports, and explore all possible options to boost domestic energy security. To do so, it is appropriate to pursue all means for increasing UK oil and gas production, including through new oil and gas licences and shale gas extraction."

Business and Energy Secretary Jacob Rees-Mogg said: "In light of Putin’s illegal invasion of Ukraine and weaponisation of energy, strengthening our energy security is an absolute priority, and – as the Prime Minister said – we are going to ensure the UK is a net energy exporter by 2040.

"To get there we will need to explore all avenues available to us through solar, wind, oil and gas production - so it’s right that we’ve lifted the pause to realise any potential sources of domestic gas."

Reacting to the announcement, environmental campaigners Greenpeace UK said the new licences would torpedo UK energy security and that it was considering legal action to block the new licenses going ahead.

It said the "climate checkpoint" was a sham voted on by oil and gas companies and that the government was ignoring cheap renewables and offered nothing to make homes energy efficient.

The new licensing round is expected to lead to over 100 new licences, as previously announced by the Prime Minister, forming part of the government’s plans to accelerate domestic energy supply. Under the new licensing round, which follows the outcome of the Climate Compatibility Checkpoint, the NSTA is expected to make a number of new ‘blocks’ of the UK Continental Shelf available, for applicants to bid for licences.

The government says that these licences will enable developers to search for commercially viable oil and gas sources within the areas of their licences.

It says that increasing energy supplies with a new licensing round and lifting the moratorium on shale gas production will help boost the UK’s energy resilience, and help achieve the ambition to make the UK a net energy exporter by 2040.

The government also said that as well as lifting the pause on shale gas extraction it will consider future applications for Hydraulic Fracturing Consent.

It says this decision comes alongside the publication of the British Geological Survey’s scientific review into shale gas extraction, which was commissioned earlier this year.

"The review recognised that we have limited current understanding of UK geology and onshore shale resources, and the challenges of modelling geological activity in relatively complex geology sometimes found in UK shale locations," the government said.

"There have only been three test wells which have been hydraulically fractured in the UK to date. It is clear that we need more sites drilled in order to gather better data and improve the evidence base and we are aware that some developers are keen to assist with this process."

Philip Evans, energy security campaigner for Greenpeace UK, said: “New licences torpedo the UK’s energy security. They take decades to get going, and the fuels will just be sold to the highest bidder on the international market - doing nothing to lower bills here in the UK.

“The government is pandering to outdated, fringe fossil fuel interests. A government that fails to launch an emergency nationwide programme to make homes energy secure is simply not serious about energy security, lowering bills, or tackling the climate crisis.

“New fossil fuel licences are the opposite of energy security. We believe this licensing round is unlawful and we’ll be looking at taking legal action.”