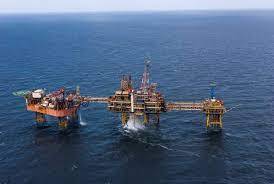 The UK arm of Italian energy group Eni has has applied for a carbon capture and storage (CCS) license for the depleted Hewett gas field in the Southern North Sea.

Eni says that the application, submitted through the North Sea Transition Authority (NSTA), aimed at decarbonising the Bacton and Thames Estuary area.

In tandem with the application, it has also announced the Bacton Thames Net Zero initiative. This aims to  decarbonise and to unlock new greener growth opportunities for the automotive, ceramics, food, materials, energy and waste disposal sectors in the UK South East.

Eni says its role in this industry-led initiative would be transporting and storing CO2 in its Hewett depleted gas field, that could be operational as early as 2027.

It would also leverage ongoing technical and commercial experience gained from the Liverpool Bay CCS and the wider HyNet NW Cluster projects, as an existing CO2 appraisal and storage license holder.

According to Eni, the Hewett field as a total CCS capacity of about 330 million tonnes. It says that the CCS project would avoid a significant volume of CO2 being emitted, equivalent to the carbon dioxide emissions of over 3 million homes or over 6 million cars per year.

Eni operated gas production in the area Hewett for more than 40 years.

Eni says, "The collaboration of industrial partners under the Bacton Thames Net Zero initiative could contribute significantly to the development of a hydrogen economy in the UK and become a game-changer in addressing the decarbonisation needs of UK’s South-East, while supporting the UK ‘Net Zero’ targets."

Eni has said that the cement used for wells decommissioning on Hewett is CO2 resistant, facilitating the reservoir’s use as part of a potential CCS project.