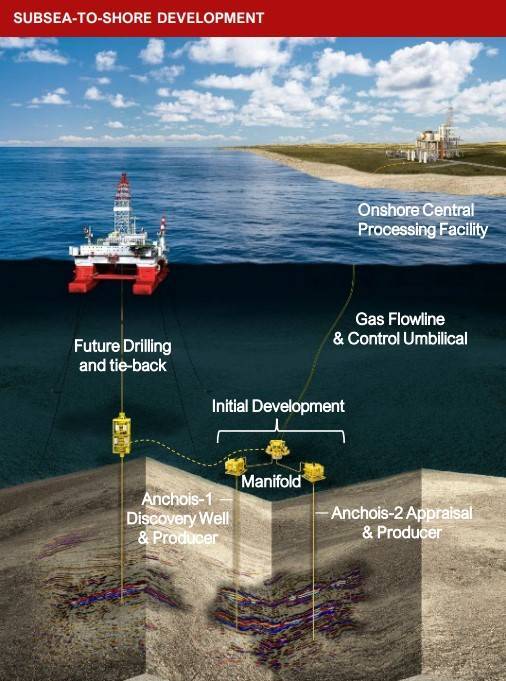 Africa-focused oil and gas company Chariot it has signed a pipeline tie-in agreement that takes it a step forward in unlocking its Anchois gas project offshore Morocco.

The agreement was signed with the Office National des Hydrocarbures et des Mines (ONHYM) and it secures access to the major Maghreb Europe Gas Pipeline (GME) in Morocco.

The GME, owned and operated by ONHYM, runs from eastern Morocco through to Tangiers in the north and subsequently across to Spain.

The agreement will enable the gas produced from the Anchois Gas Project, offshore Morocco, to be transported via the GME to different potential offtakers.

Pierre Raillard, Head of Gas Business & Morocco Country Director at Chariot, commented: “I am very pleased to announce the signing of this Pipeline Tie-In Agreement with our partner on the Lixus licence, ONHYM. This moves Chariot a step closer towards delivering first gas from the Anchois gas field to potential customers using the GME pipeline. The Anchois Gas Project is a highly strategic asset given the continued volatility of global energy markets and combined with its proximity to the international GME pipeline, we are well placed to bring gas online as quickly as possible.”

In July, Chariot announced a 'material increase' in gas resource estimates for its assets offshore Morocco, as it works to reach a final investment decision for the Anchois gas field development.

The company announced the results of Independent Assessments on its gas resources offshore Morocco, incorporating the results of the drilled Anchois-2 appraisal and exploration well, drilled earlier this year.

The total remaining recoverable resource at Anchois (2C plus 2U) now stands at 1.4 Tcf.

To fast-track, the development of the Anchois gas field, Chariot awarded the Front-End Engineering and Design contract to a consortium of developers of offshore gas projects, with Societe Generale appointed to lead the debt financing. The company's December 2021 presentation shows Chariot has been collaborating with offshore industry leaders Xodus Group, One Subsea, Schlumberger, and Subsea 7.

According to the presentation, the development concept includes a subsea to shore development involving a subsea manifold linked via a gas flowline to an onshore central processing facility.