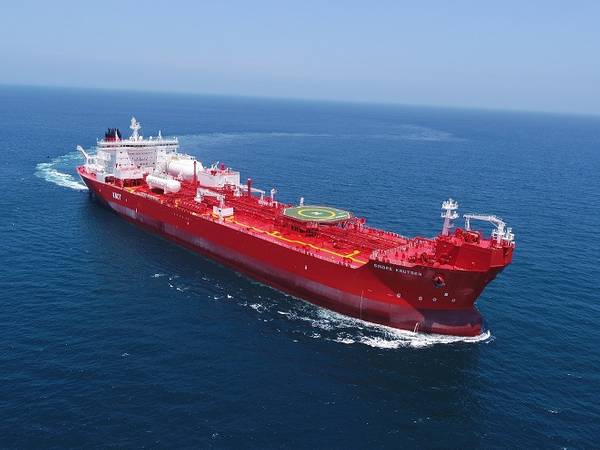 Like its sister ship “Frida Knutsen,” which was delivered on August 2, the Sindre Knutsen vessel will be a dual-fuel shuttle tanker that can use both heavy fuel oil and LNG.

The ship will use LNG fuel, which is more environmentally friendly than conventional oil-fuel, and will be equipped with a VOC recovery system and an energy storage system, reducing greenhouse gas emissions.

The vessel will be chartered to ENI Trade & Biofuels S.p.A, a subsidiary of Italy's Eni, and will be engaged in oil transportation in the North Sea and Barents Sea.

A shuttle tanker loads crude oil from floating production, storage, and offloading (FPSO) units in deepwater ocean fields while maintaining a certain distance, and then transports the oil to crude-oil storage units or petroleum storage stations on land.