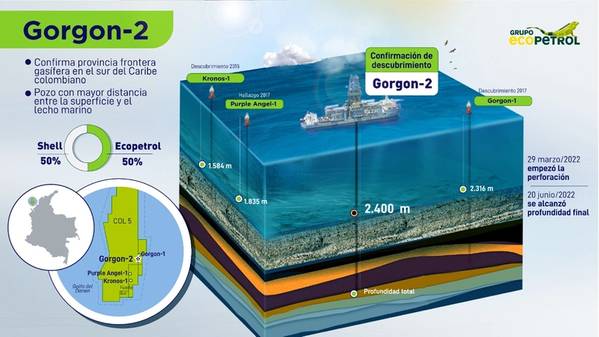 Oil major Shell has made a gas discovery in ultra-deep waters in the southern Colombian Caribbean, its partner, Colombia-based oil company Ecopetrol, said.

The Gorgon-2 well is located 70 kilometers off the coast and was drilled at a water depth of around 2,400 meters, making it the deepest well drilled in Colombian waters.

"The drilling of the well, located in the Col-5 block, confirms the extension of the gas discovery made in 2017 in Gorgon-1. The Kronos (2015) and Purple Angel (2017) discoveries were also made in this gas province," Ecopetrol said.

Ecopetrol and Shell (operator) are partners in the South Caribbean blocks (Col-5, Fuerte Sur, and Purple Angel), with 50% participation each.

"The development of this gas province in the southern Caribbean could significantly contribute to supporting the country's energy security and opens the possibility of future gas exports, a fundamental energy source for the energy transition that Ecopetrol has been developing," Ecopetrol said.

Ecopetrol and Shell (operator) are partners in the South Caribbean blocks (Col-5, Fuerte Sur and Purple Angel), with a 50% stake each. 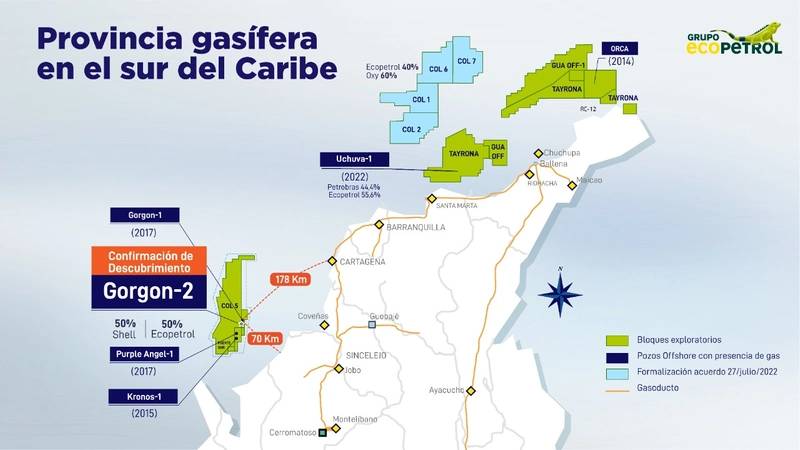