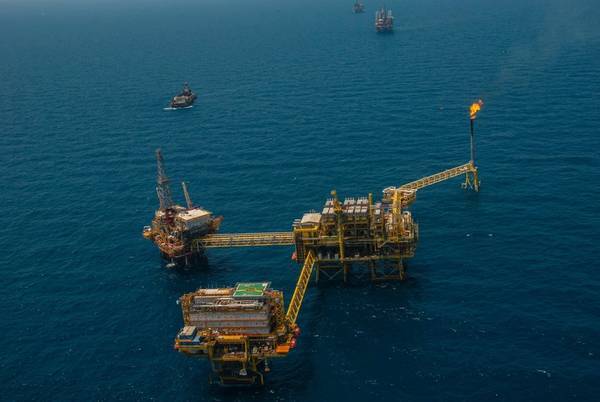 If achieved, it will be Pemex's first annual profit in more than a decade. A historically high tax bill and massive losses from its refining unit have kept it in the red for years.

Earlier on Thursday, the Mexican oil giant reported a second-quarter profit of $6.5 billion, powered by surging prices that have lifted oil companies across the globe and a significant reduction in its tax bill.

For the first half, the state-owned producer's profits have totaled some $12.7 billion, compared with $23 billion in losses during the same period last year.

"Our big decision at Pemex was to invest and keep investing during such an ugly, adverse situation," Romero said in an interview later on Thursday, referring to previous years when oil prices were much lower.

Prices for Mexican crude oil averaged more than $105 per barrel in the second quarter.

Romero, a close confidant of President Andres Manuel Lopez Obrador, downplayed the need for any further Pemex debt refinancing, arguing that healthy revenue flows should be able to cover $2.9 billion in regular debt payments due this year.

"I'm betting against it," he said about the need for new debt management operations, while still leaving open the possibility if circumstances changed.

Pemex, one of the world's most indebted oil companies, reported total financial debt of $108.1 billion in a filing with Mexico's stock exchange on Thursday. The company also reported that it owed a further $13.7 billion to service providers.

In a call with analysts after the profit report, Romero called out major ratings agency Moody's, suggesting it revisit its downbeat assessment of Pemex debt, which it quantifies as speculative grade due to the company's underlying financial problems and heavy debt load.

The Pemex chief added that he expected the company's oil output to rise to about 1.9 million barrels per day (bpd) by the end of this year from 1.7 million bpd currently, thanks to imminent production from roughly 40 new priority fields.