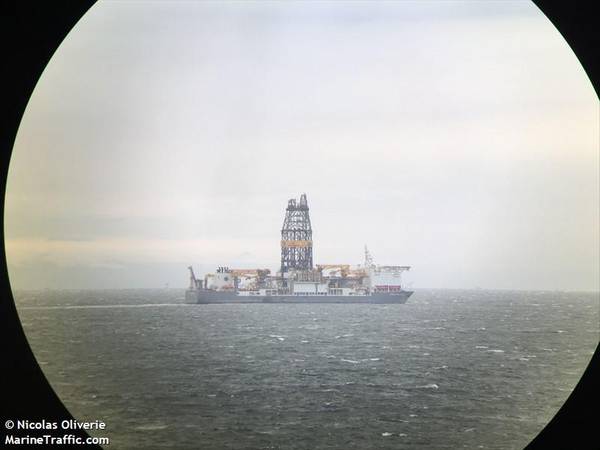 Offshore drilling firm Valaris said this week it has recently secured offshore drilling contracts and extensions worth $466 million in total, with the majority of the new backlog filled by a $327 million drillship deal with Equinor in Brazil. The company CEO Anton Dibowitz said he saw a constructive outlook for the offshore drilling industry, as evidenced by recent contract awards for both floaters and jackups across several geographies.

As reported Tuesday, Valaris has won a 540-day contract with Equinor offshore Brazil for drillship VALARIS DS-17. The drillship will be reactivated for this contract, which is expected to start in mid-2023.

In its fleet status update released Tuesday, which included information on contracts and extensions secured since May 2, when the company issued its previous status update, Valaris said it had secured a contract extension with TotalEnergies EP Brasil offshore Brazil for drillship VALARIS DS-15. The option is in direct continuation of the current firm program.

In Brunei, Valaris has won a four-year contract with Brunei Shell Petroleum for heavy-duty modern jackup VALARIS 115. The contract is expected to start in April 2023 and has a total contract value of approximately $159 million.

Also, Valaris has secured a four-well contract with an undisclosed operator in the U.S. Gulf of Mexico for standard duty modern jackup VALARIS 144. The contracted work is expected to take place during the third quarter of 2022 with an estimated duration of 60 days and an estimated contract value of approximately $5 million.

Again in the U.S. Gulf of Mexico, a 90-day contract has been secured with Cantium for the standard duty modern jackup VALARIS 144. The contract is expected to start in the fourth quarter of 2022. The operating rate is $80,000 per day.

In Australia, Valaris has signed a one-well contract with GB Energy offshore Australia for the heavy-duty modern jackup VALARIS 107. The contract is expected to start either late in the fourth quarter of 2022 or early in the first quarter of 2023 with an estimated duration of 20 days. The operating rate is $118,000 per day.

The Valaris 36 jack-up drilling rig was sold to another drilling contractor with restricted use provisions for $9 million. Valaris did not say who the buyer was.

Valaris President and Chief Executive Officer Anton Dibowitz said, “We continue to see a constructive outlook for the offshore drilling industry as evidenced by these recent contract awards for both floaters and jackups across several geographies.”

Dibowitz added, “We are particularly pleased to have been awarded another contract for one of our preservation stacked drillships, VALARIS DS-17, and look forward to partnering with Equinor on their flagship Bacalhau project in Brazil. We expect Brazil to be a significant growth market for high-specification floaters over the next several years and we are well-positioned to benefit by now adding a third rig to this strategic basin.”

Dibowitz concluded, “We have demonstrated our ability to successfully contract and reactivate stacked rigs while continuing to deliver the strong safety and operating performance that our customers have come to expect from us. We have now won contracts for five stacked floaters since the middle of last year, with three already on rate and the fourth expected to commence work soon, and we retain additional operating leverage to the improving market with eleven high-quality stacked rigs, including three uncontracted drillships, and options on two additional newbuild drillships.”