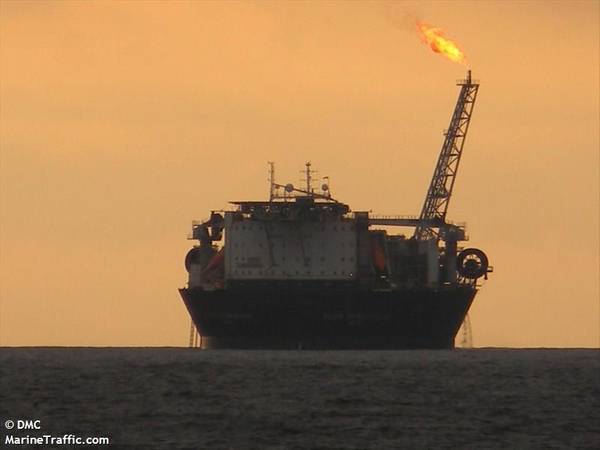 Teekay Corporation has found a new home for its Sevan Hummingbird FPSO following its recent departure from the Chestnut field in the UK North Sea, after 13 years of production there for Centrica's Spirit Energy.

The cylindrical FPSO has been sold to Ping Petroleum UK which will use the floater for the development of its Avalon field in the UK North Sea and could power it using a floating wind turbine.

"Acquisition of the FPSO is a critical milestone in the Central North Sea Avalon Development Project, which the company continues to progress after receiving a letter of “no objections” from the North Sea Transition Authority (“NSTA”) in March this year for its proposed Avalon development plans. Ping has also been recently granted a 19-month extension by NSTA to the second term of the P2006 licence containing Avalon.

According to Ping Petroleum, the proposed development concept includes plans to deploy the Sevan Hummingbird FPSO at the Avalon field which will be modified to facilitate electrification from an external, low-carbon source, such as a floating wind turbine.

"The company is evaluating options to connect the FPSO to a dedicated floating offshore wind turbine to power the facility, minimising diesel usage and associated Greenhouse Gas emissions. The planned development allows Ping to expand and diversify its portfolio of producing assets in full compliance with the UK’s energy security and Net Zero targets," Ping Petroleum said.

Syed Zainal Abidin Syed Mohamed Tahir, Group Managing Director of DNeX, a 90% owner of Ping Petroleum, said the acquisition of the Sevan Hummingbird FPSO was a key milestone for the Avalon oilfield and that the group anticipates full operational deployment of the facility on Avalon by 2025.

"We have a tangible asset ready with the newly acquired Sevan Hummingbird. Our next step is to secure approval for our Field Development Plan, which will be submitted in the coming months,” he said.

With a total estimated ultimate recovery of 23 million barrels of oil reserves over a period of 12 years, oil production from Ping’s second oilfield asset is expected to come onstream in 2025, the company said.