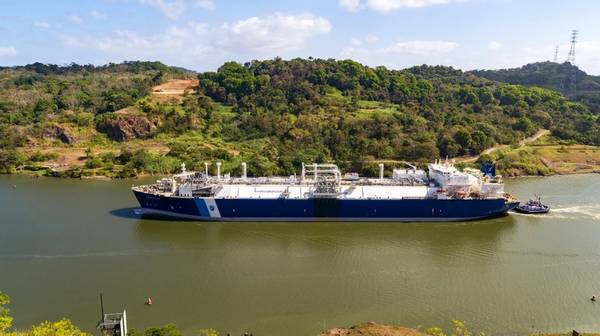 Following Russia's invasion of Ukraine, European countries have escalated efforts to wean themselves off Russian gas. FSRUs increasingly are in demand to fill the gap.

Following Russia's invasion of Ukraine, European countries have escalated efforts to wean themselves off Russian gas, citing a desire to avoid contributing to Russia's budget, avoid paying for gas in roubles as Russia demands, and diversify their gas supply alternatives.

These alternatives are exactly what our colleagues at Intelatus, a consultancy created though the merger of International Maritime Associates and World Energy Reports, focused on when they late in April issued their monthly floaters report (covering offshore platforms, FPSOs, and, in this case, most importantly, FSRUs).

In the report, Intelatus said that fears of gas supply interruptions from Russia as well as desire to diversify supply and strengthen energy security, were driving demand for floating storage regasification units, popularly known as FSRUs, which are used to turn imported liquefied natural gas (LNG) back into its gaseous state, and fill it to the onshore grid.

To add to the factors in favor of the need for FSRUs (at least in Germany) German Chancellor Olaf Scholz halted the Nord Stream 2 gas pipeline project, designed to bring more Russian gas to Germany via the Baltic Sea, on February 22, after Russia formally recognized two breakaway regions in eastern Ukraine, and days before the invasion.

“Anticipated sanctions and other constraints on Russian pipeline gas supply to Europe have driven an increase in interest in floating LNG regasification terminals,” Intelatus said.

According to Intelatus, thirteen of the 38 FSRU terminals now planned are located in Europe – all with strong probability to proceed to development.
In the days that followed the Intelatus report, several FSRU deals were announced in Germany, the Netherlands, Italy, Finland, and Greece, proving that Intelatus' assessment was bang on.

RWE said that FSRUs offered a rapid interim solution for landing liquefied natural gas (LNG) in Germany and feed the gas directly into the German gas grid until the first LNG terminals on the German mainland are completed.

"Each of the [Hoegh LNG] ships is capable of receiving up to 170,000 cubic meters of LNG via tankers in one unloading, converting the supercooled LNG to the gaseous state on board and then feeding it into the gas grid.

With the two 300-meter-long FSRUs, between 10 and 14 billion cubic meters of natural gas can be made available to the German gas market annually. By comparison, the throughput of a land-based LNG terminal is between 8 and 10 billion cubic meters per year," RWE said.
On the occasion, RWE’s Chairman Andree Stracke said the company was supporting the German government in bolstering the security of supply in Germany in the short term and in moving away from a one-sided energy dependency as quickly as possible.

“As early as next year, it will thus be possible to replace part of the Russian gas," Stracke said.

The plan is for the two Hoegh FSRUs to start operating as early as next winter.

As for the other two FSRUs, to be supplied by Dynagas, Uniper said that these are the FSRUs Transgas Force and Transgas Power, built in 2021, with a total natural gas-send-out capacity of up to 7.5 bcm/a and an LNG storage capacity of 174,000 m³ each.

“The combined capacity is equivalent to approximately 30% of Russian gas imports into Germany. The FSRUs will commence their service early 2023 with first gas send-out depending on the completion of the onshore installations at the sites selected by the German government,” Uniper said.

Also worth noting, German Prime Minister Scholz said in May that Germany would help countries that do not have access to the North or Baltic Sea access gas.

On May 3, the kick-off ceremony for the realization of Gastrade SA's LNG FSRU facility in Alexandroupolis, Greece, was held on Tuesday, May 3, 2022.

The FSRU is being built by Keppel (conversion). Once delivered, the FSRU, with a capacity of 153,500 c.m. of LNG, will be moored in the offshore area 17.6 km southwest of the port of Alexandroupolis.

It will be connected to the National Natural Gas Transmission System (NNGΤS) of Greece with a 28 km long pipeline, through which the gasified LNG will be transmitted to the markets of Greece, Bulgaria, and the wider region including Romania, Serbia, North Macedonia etc., with the prospect of supplying Ukraine, as well.

The Alexandroupolis FSRU is expected to become operational by the end of 2023, with the contracted regasification capacity reaching already up to 60% of its technical capacity of 5.5 billion c.m. per year.

Gastrade has also filed an application for another FSRU project called Thrace INGS. This FSRU would be placed near the the first FSRU at the Sea of Thrace, offshore Alexandroupolis.

The Founding Shareholder and Chairwoman of the Board of Directors of Gastrade, Elmina Copelouzou said: "The energy map is changing. We are now entering the final stage of implementation of the FSRU Alexandroupolis, an important and innovative project for Greece. In a period of high volatility in the geopolitical and energy landscape, with this project, Greece shows Europe that it can respond with firm strategic steps to the uncertainty of the times and, through growth, and offer solutions from which everyone can benefit.“

She said the FSRU opened a new a new energy gateway for Greece and Southeastern Europe, which would contribute to energy security and the diversification of supply sources, with benefits for millions of citizens in many different countries." 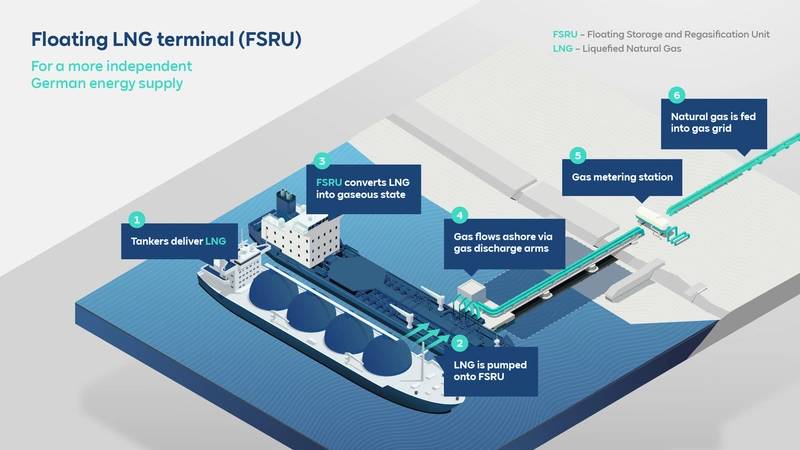 Italian gas company Snam in May penned a contract with Golar LNG under which Golar will deliver the existing LNG Carrier "Golar Arctic" as a floating storage and regasification unit (FSRU).

Snam will install the FSRU in the port area of Portovesme, in Sardinia, as part of a project to supply the island with energy.

The Golar Arctic will be converted into an FSRU with storage capacity for up to 140,000 cubic meters. Further to the full conversion of the vessel, the FSRU will be sold to the Snam Group.

Finnish state-run gas transmission system operator Gasgrid on May 20, agreed a 10-year charter of an FSRU with a U.S.-based LNG firm Excelerate Energy.

Excelerate will deploy its FSRU Exemplar to provide regasification services in Southern Finland. The Exemplar has storage capacity of 150,900 m3 of LNG and can provide more than 5 billion cubic meters per year (bcm/y) of regasification capacity. Also, Gasgrid Finland and Estonia’s gas transmission operator Elering, have previously agreed that the FSRU may be located in an Estonian port this winter if the port structures are not yet completed in Finland. Finland and Estonia published a memorandum of understanding on April 29, agreeing to lease an FSRU jointly.

Following the halt of Russian gas deliveries, Gasum, Finland’s state-run gas wholesaler said:” Starting from today, during the upcoming summer season, Gasum will supply natural gas to its customers from other sources through the Balticconnector pipeline.”

Dutch gas network operator Gasunie on May 10 executed a binding agreement with New Fortress Energy to charter an FSRU with storage capacity of approximately 170,000 m3 of liquefied natural gas with peak regasification capacity of 900 mmscfd.

New Fortress Energy's FSRU will work in tandem with a third party’s FSRU to provide up to 8 bcm per year of total regas capacity.

The 5-year FSRU charter agreement will begin in Q3 2022 and provide storage and regasification capacity for Gasunie’s new LNG import terminal in the port of Eemshaven, the Netherlands.

The Dutch government in April said it planned to stop using Russian fossil fuels by the end of the year, promising to spend an estimated 623 million euros on incentives for firms to fill a major gas storage facility.

About 44% of Dutch energy usage is based on gas - one of the highest rates in Europe - but only about 15% of Dutch gas comes from Russia, according to government estimates, Reuters reported on April 22.

Prior to signing the FSRU deal with New Fortress Energy, Gasunie also agreed to charter Exmar’s 600 MMSCFD regasification barge FSRU S188 (Floating Storage and Re-Gasification Unit) “, in view of the geopolitical developments currently going on in Europe and the increased emphasis of governments on the security of energy supply.”

The plan is to deploy the FSRU S188 and have the terminal up and running by the end of the third quarter of 2022. In a social media post in mid-may Exmar shared photos of the FSRU saying that the regasification barge was underway to its new home in the Netherlands. https://bit.ly/3lMM390 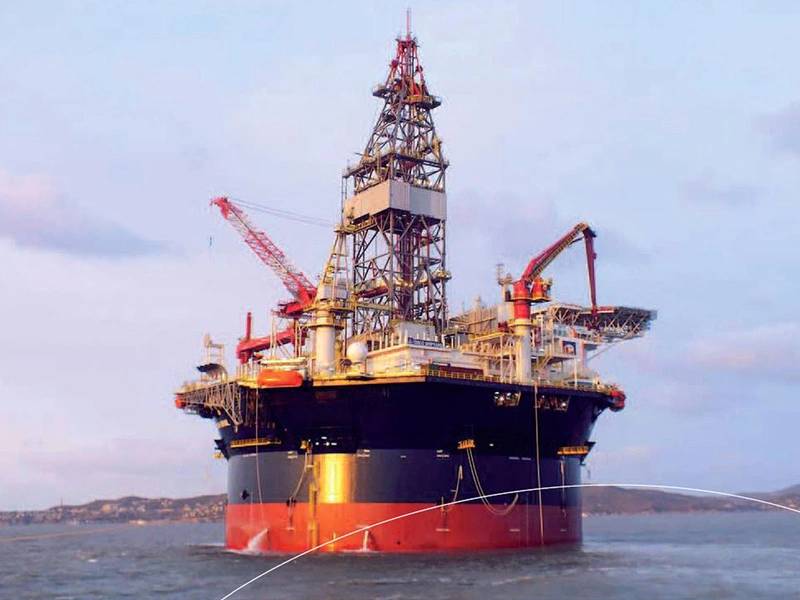 Converted Offshore Drilling Rigs to Produce LNG for Europe?
Most of the FSRUs mentioned earlier are normal “shoebox” or LNG-tanker shaped vessels, and this can also be said for the few floating LNG production units out there that can produce the LNG needed for the FSRUs.
However, one of the companies mentioned above, New Fortress Energy (NFE), is working to use obsolete offshore drilling rigs and convert them into offshore LNG production units, that are able to supply the market with additional LNG volumes in the near term.
In 2021, NFE bought two jack-up drilling rigs, Maersk Guardian and Maersk Gallant, for $31 million in total, to use them for non-drilling purposes as part of its planned Fast LNG project.
According to a Reuters report in May last year, New Fortress Energy CEO Wesley Edens, who’s a co-owner of the NBA team Milwaukee Bucks, said that these jack-up conversions could be done at a total cost of $500 million, as opposed to newbuild floating LNG facilities that could cost more than $4 billion and take years to build.
In its quarterly update in May, the company said it had acquired three jack-ups, two Sevan ships, and had three fixed platforms under development, on which gas liquefier modules will be installed.
The Sevan “ships” are actually the Sevan Brasil and Sevan Driller cylindrical semi-submersible drilling rigs previously owned by Seadrill. The two rigs were sold to NFE in April for $24 million of which Sevan Brasil for $18 million and Sevan Driller for $6 million.
NFE’s offshore LNG solutions includes liquefying LNG on platforms, transferring it via cryogenic flexible hose system to a nearby storage vessel, and then transferring it to LNG carriers.
NFE said that for Europe to reduce natural gas from Russia by 30-50%+, world needs additional 35-50 MTPA of LNG, however, the current volumes are largely already committed and little additional LNG supply would come online in the next two years.

NFE estimates that LNG demand is expected to exceed supply by up to 164 MTPA by 2030 unless additional liquefaction capacity is constructed and expeditiously comes online.

Given that traditional LNG liquefaction projects take 4-5 years to develop, NFE says Fast LNG with offshore platforms can help alleviate the current energy crisis, and could have a critical role in supporting the U.S. commitment to delivering an incremental 15 bcm of LNG to Europe.
For this, NFE in March applied for a permit to deploy its Fast LNG solution in the U.S. Gulf of Mexico, eyeing the start-up as early as the first quarter of 2023.

The company wants to construct and operate a new offshore LNG liquefaction terminal off the coast of Louisiana. The project is planned to have a capacity of exporting approximately 145 billion cubic feet of natural gas per year, equivalent to approximately 2.8 million tons per annum (MTPA) of LNG.

According to NFE, 2.8 MTPA of new LNG liquefaction capacity equates to more than 25% of the U.S.’ targeted increase in LNG volumes to the EU in 2022.

“The Project will be located in federal waters approximately 16 miles off the southeast coast of Grand Isle, Louisiana, and will access abundant U.S. gas supply by leveraging existing infrastructure. Procurement of all long-lead materials is complete and modular assembly of equipment is underway. Subject to the receipt of all required permits and approvals, NFE targets beginning operations in the first quarter of 2023,” NFE said.
NFE also has agreements in place to deploy its Fast LNG solution in Congo and Mauritania. The company  also said it was making advanced pre-application progress for six additional Fast LNG permits (1.4 mtpa each) for offshore U.S. Gulf Coast deployment. 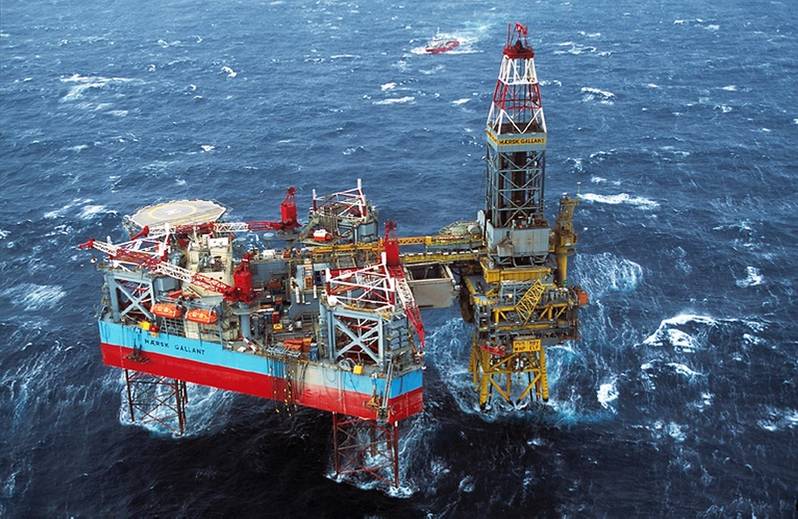 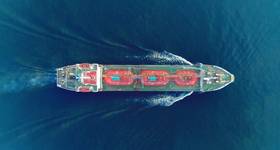