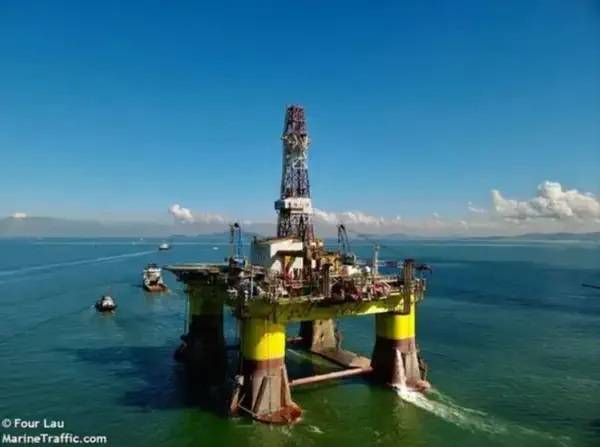 Oil and gas company Empyrean Energy, which recently suffered a disappointment when its closely watched 'world-class' Jade offshore well in China came up dry, said Friday it had decided to give it another go and drill the Topaz well, located in the same Block 29/11.

Empyrean had said that the Jade Prospect had a GCA audited mean in place potential of 225 MMbbl and a P10 in place upside of 395 MMbbl; however, no oil was encountered during drilling operations. COSL's NH-9 semi-submersible drilling rig was used for the Jade drilling.

"Based on post drill technical evaluation, and CNOOC-assisted migration pathways assessment, Empyrean has decided to enter the second phase of exploration and drill the Topaz prospect," the company added. It did not say when it expected to spud the Topaz well. Back in May, the company said that, subject to securing funds, it could drill the Topaz in the first half of 2023.

Empyrean operates Block 29/11 with a 100% working interest during the exploration phase. In the event of a commercial discovery, its partner, China National Offshore Oil Company ("CNOOC"), may assume a 51% participating interest in the development and production phase.

The second phase of exploration requires the payment to CNOOC of US$250,000, and the work obligation is the drilling of an exploration well within 2 years.

"Post-well evaluation indicates the Topaz prospect has the potential for oil charge from two kitchen/source rocks - the more recently identified Baiyun North Sag and the Baiyun East Sag that has been bio-marked as the proven source rock for CNOOC light oil discoveries to the immediate West of Block 29/11," the company said.

"Baiyun North Sag is located within Block 29/11 immediately south and down dip of the Topaz prospect and it has all three key elements required for successful oil migration. It is a deep sag that is in the timing and depth window for oil generation, and Empyrean has identified a suitable deep fault for efficient vertical migration that reactivated at the peak time of oil expulsion approximately 10 million years ago (10Ma). Finally, a thick carrier bed exists for lateral migration to the Topaz prospect. This carrier bed has been confirmed during the drilling of the Jade well and is mapped on Empyrean's 3D data set," Empyrean added.

At the same time, Empyrean said, the gas shows within the "gas cloud" zone in the overburden at the Jade well are now interpreted to have migrated from Baiyun North Sag via reactivation of a nearby fault, approximately 800m away rather than coming from basinal faults extending into Baiyun East Sag which is approximately 20km away.

The identification of this nearby fault that extends into the Baiyun North Sag is now the most likely explanation for the gas shows in the Jade well. This interpretation enhances the prospects of Baiyun North Sag as a potentially valid additional source rock and, in turn, the likelihood of the Topaz prospect having access to two mature source rocks/kitchens, Empyrean said.

Additionally, Empyrean added, a CNOOC regional migration map indicates that Topaz has potential for being charged from the proven Baiyun East Sag via spill from the CNOOC discovery well LH 23-1d.

Empyrean CEO, Tom Kelly, stated:"Being able to combine our excellent quality 3D seismic data with the confirmed well data and post well analysis  has improved the validity of the Topaz prospect as a robust and large drilling target of approximately 891 million barrels in place (P10). Empyrean looks forward to maximizing the value from its interest in the Mako Gas Field and positioning to drill the exciting Topaz prospect. Empyrean has also started to assess a number of additional oil and gas projects that it believes may enhance a balanced portfolio of opportunity and will update shareholders as required".