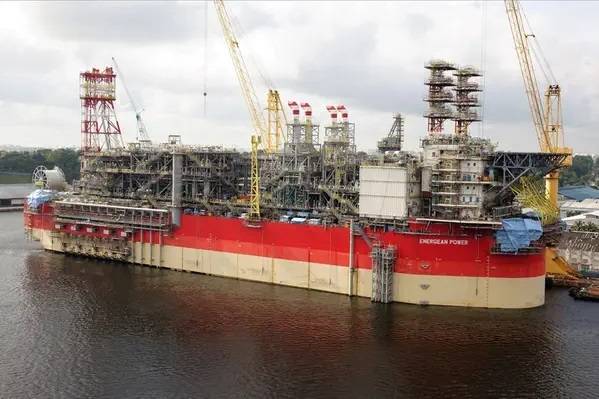 Oil and gas company Energean said Thursday that the first gas from its Karish gas development in the Mediterranean Sea, offshore Israel, was expected to start flowing in the third quarter of 2022.

The company said that the Energean Power FPSO, to be used for the production at the Karish, was expected to reach Israel in early June, having recently departed from Singapore, where it was built.

Immediately upon the FPSO arrival, hook-up and offshore commissioning operations will kick-off. This includes the installation of risers and jumpers and commissioning of the sales gas pipeline.

Energean expects approximately three to four months of commissioning and hook-up activities between the FPSO's arrival and the first gas.

"Preliminary analysis indicates that the Athena discovery contains recoverable gas volumes of 8 bcm (283 bcf / (51 mmboe) on a standalone basis," the company said at the time.

According to Energean, the discovery is particularly significant as it de-risks an additional 50 bcm (1.8 tcf / (321 mmboe) of mean unrisked prospective resources across Energean’s Olympus Area (total 58 bcm / 372 mmboe including Athena).

The Olympus Area is Energean’s newly defined area which includes Athena, plus the undrilled prospects on Block 12 and the adjacent Tanin Lease.

"Athena can be commercialized in the near-term via tie-back to the Energean Power FPSO, enhancing the profitability of the Karish-Tanin development. Alternatively, it could form part of a new Olympus Area development," Energean said at the time.