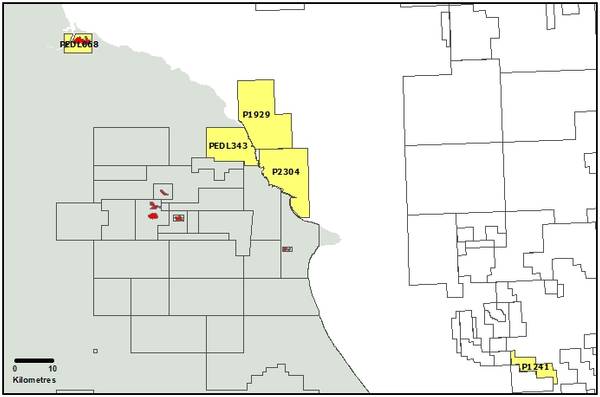 Shell has decided to withdraw from the North Sea licenses containing the Resolution and Endeavour gas discoveries, Egdon, its partner in the licenses, said Tuesday.

"Egdon Resources advises that Shell U.K. Limited has informed Egdon and the North Sea Transition Authority (“NSTA”) of its intention to withdraw from licences P1929 and P2304 containing the Resolution and Endeavour gas discoveries," Egdon said.

Egdon said it would "now consider its options, including its ongoing commitment to the licenses, and will discuss this with the NSTA."

"We will update shareholders once our preferred option and the NSTA position is known," Egdon said.

Shell farmed into the two North Sea licenses in August 2020, taking 70% interest and operatorship in both licenses, and a commitment to pay 85% of the costs of the acquisition and processing of the 3D seismic survey covering both the Resolution and Endeavour gas discoveries.

Under the original terms, the seismic work was to be completed by May 31, 2021, however, info on Egdon's website shows this has been postponed for the first half of 2022.

The Resolution discovery was made by Total in 1966 when well 41/18-2 flow tested gas from the Permian aged Zechstein carbonate (limestone) reservoir.  Additionally, Egdon estimated that the Endeavour gas discovery (P2304) contained Mean Contingent Resources of 18 bcf, with a P90 to P10 range of 10 to 28 bcf.