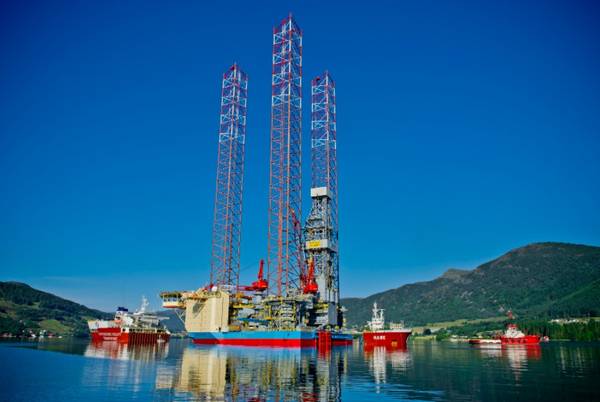 The proposed merger between offshore drilling contractors Noble Corporation and Maersk Drilling has raised competition concerns in the UK as the UK Competition and Markets Authority (CMA) has found that the merger could increase operating costs for oil and gas producers in the UK North Sea.

In February, the Competition and Markets Authority (CMA) opened an investigation into the approximately £2.6 billion anticipated merger between Maersk Drilling and Noble Corporation.

"Noble and Maersk Drilling are both globally active offshore drilling contractors for the oil and gas industry. The CMA’s investigation primarily focussed on the two businesses’ overlapping activities in the supply of a certain type of [drilling rig], known as a ‘jack-up’ rig, commonly used for offshore drilling by UK customers in the North Sea," CMA said.

Following its Phase 1 investigation, the CMA said it has found the deal raises competition concerns in the supply of jack-up rigs for offshore drilling in northwest Europe (the area comprising the UK, Denmark, and the Netherlands).

"The merging business are two of the four main suppliers in this market and have frequently competed against each other for contracts in the past. The CMA is concerned that the combined businesses would not face sufficient competition after the merger, which could lead to higher prices and lower quality services for oil and gas producers in the North Sea," CMA said.

"If the merging businesses are unable to address the CMA’s concerns, the deal will be referred for an in-depth Phase 2 investigation, to be carried out by a group of independent CMA panel members," CMA added.

Colin Raftery, Senior Director of Mergers at the CMA, said: Offshore drilling services are critical for oil and gas producers. Our investigation showed that Noble and Maersk have competed closely in the past and face only limited competition.  We’re therefore concerned that the loss of competition that this deal would bring about could result in higher prices or lower quality services, increasing operating costs for oil and gas producers in the UK North Sea.

"Noble and Maersk Drilling have 5 working days to offer proposals to the CMA to address the competition concerns identified. The CMA would then have a further 5 working days to consider whether to accept these in principle instead of referring the case to a Phase 2 investigation," CMA said.

Worth noting, last week, Maersk Drilling and Noble Corporation acknowledged they might need to sell certain offshore rigs in the North Sea to obtain antitrust clearance from the UK Competition and Markets Authority. The two companies expect the rigs for sale to comprise the Noble Hans Deul, Noble Sam Hartley, Noble Sam Turner, Noble Houston Colbert, and a CJ-70 design drilling rig which is likely to be the Mærsk Innovator, although it is possible the Noble Lloyd Noble could be required to achieve phase 1 clearance.

The two offshore drilling firms, which announced the proposed merger in November 2021, said last week that "at this point in time, the transaction has been unconditionally approved by the competition authorities in Brazil, Norway, and the Republic of Trinidad & Tobago."