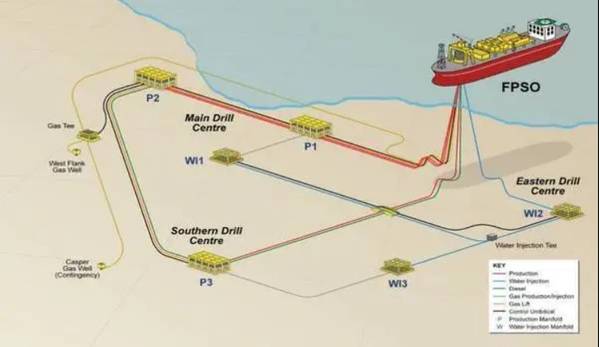 In January 2020, Premier Oil, as the Sea Lion operator, and Rockhopper, as the partner in the project, signed non-binding heads of terms with Navitas Petroleum, with a goal of Navitas eventually obtaining a 30% interest in the Sea Lion offshore blocks.

Now Navitas has agreed to acquire Premier Oil Exploration and Production Limited ("POEPL"), the company in which Harbour holds all of its Falkland Islands licenses.

Rockhopper said it will, together with Navitas seek to align working interests across all their North Falkland Basin petroleum licenses, so Rockhopper will own 35% and Navitas 65%.

The two companies will jointly develop and agree on a technical and financing plan to enable the development of the Sea Lion project to achieve first oil on a lower cost and expedited basis post-sanction, Rockhopper said. On transaction completion, Navitas will become the operator of the Sea Lion development.

Also, under the agreement, Navitas will provide loan funding to Rockhopper, where the majority of Rockhopper's share of Sea Lion phase one related costs from transaction completion up to Final Investment Decision ("FID") will be funded through a loan from Navitas with interest charged at 8% per annum (the "Pre-FID Loan").

Subject to a positive FID, Navitas will provide an interest free loan to Rockhopper to fund two-thirds of Rockhopper's share of Sea Lion phase one development costs (for any costs not met by third party debt financing).

In the event that material progress towards FID has not occurred within five years of completion of the Transaction, Rockhopper can elect to remove Navitas from the Falkland Islands petroleum licenses (should the licences still be in effect at that time) by repaying the Pre-FID Loan.  Should material progress have been made, but FID not achieved, then the five year period can be extended by 12 months and then a further six months if certain project milestones have been achieved, Rockhopper explained.

Samuel Moody, CEO, commented: "We are delighted to have signed definitive documentation to bring Navitas into the North Falkland Basin. Subject to regulatory consents, we believe this marks the start of a new exciting chapter for the Falklands, and for the Sea Lion project in particular."

The transaction is subject to certain precedent conditions, the most important of which are certain consents from the Falkland Islands Government, which include, but are not limited to, a two-year extension on the Licences being acquired, and Navitas being approved as an Operator and certain tax clearances from FIG.

The field was discovered in 2010 by Rockhopper, but the project development start-up has been delayed several times. In 2014, Premier Oil (now part of Harbour) and Rockhopper targeted first oil for 2019; however, years later, the field development has yet to reach a final investment decision.