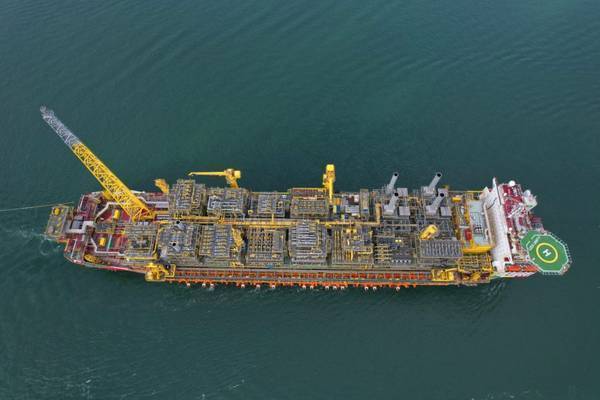 SBM Offshore, a Dutch company that designs, builds, installs, and operates FPSO units, has confirmed the receipt of a firm order from ExxonMobil for the fourth and largest FPSO to be deployed offshore Guyana.

Under the contracts with Exxon, SBM Offshore will construct, install and then lease and operate the FPSO, to be named ONE GUYANA, for a period of up to two years, after which the FPSO ownership and operation will transfer to ExxonMobil.

The award follows the completion of front-end engineering and design studies, receipt of requisite government approvals, and the final investment decision on the project by ExxonMobil and blocks co-venturers Hess and CNOOC.

The FPSO ONE GUYANA’s design is based on SBM Offshore’s Fast4Ward program that involves SBM Offshore's new build, multi-purpose floater hull combined with several standardized topsides modules. SBM Offshore orders these hulls in China without contracts secured, so that when it does secure a contract, the FPSO delivery time is shorter.

First oil is expected in 2025. This will be the first FPSO deployed in Guyana's Stabroek block, and the fourth delivered by SBM Offshore, after Liza Destiny, Liza Unity, and the under-construction Prosperity.

Hess said Monday that at least six FPSOs with a production capacity of more than 1 million gross barrels of oil per day are expected to be online on the Stabroek Block in 2027, with the potential for up to 10 FPSOs to develop gross discovered recoverable resources of more than 10 billion barrels of oil equivalent.