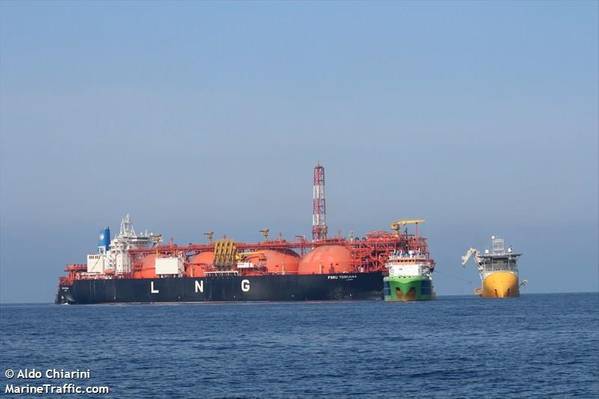 "Today we officially mandated (gas group) Snam to negotiate the acquisition of an FSRU and the leasing of a second," Roberto Cingolani said in a parliamentary hearing.

His comments confirmed sources who earlier told Reuters the two vessels, with a combined capacity of more than 10 billion cubic meters (bcm), would be located in the Tyrrhenian Sea and, probably, in the Adriatic Sea.

The vessels will be located in ports close to existing pipeline infrastructure, one of the sources said.

"The infrastructure... will be identified as strategic assets," Cingolani said.

Rome imports around 30 bcm of gas from Russia every year - some 40% of its total gas imports - and is looking to diversify its energy supplies in the wake of Moscow's invasion of Ukraine.

Cingolani said earlier this month it would take at least three years to fully replace Russian imports but said 20 bcm could be replaced in the "near to medium term" through measures including using more LNG.

Italy is keen to increase LNG imports from markets like Qatar, the United States and Mozambique, but currently has just three LNG plants that account for around 20% of daily imports.

Talks are ongoing with FSRU providers though nothing has been concluded as yet, one of the sources said.

Snam, whose main shareholder is the state, runs Italy's gas transport network and most of the country's gas storage business. It also has LNG plant assets.

Installing FSRUs is quicker than building fixed terminals but demand for vessels has risen sharply as governments across Europe scramble to find quick ways to secure more LNG cargoes.

Dutch network operator Gasunie is in talks with Germany to use FSRUs in the port town of Brunsbuettel, while the Netherlands, Belgium, and Turkey are said to be testing the market.

"There are ambitions by governments to bring additional regasification capacities to Europe. We will see additional 6 FSRUs this winter," an industry source said.