Following an in-depth Phase 2 investigation of the completed acquisition, the UK Competition and Markets Authority (CMA) said Thursday it has provisionally found that the merger would lead to a significant loss of competition in the market.

As previously reported, CHC in September 2021 said it had completed the acquisition of Babcock International’s offshore oil and gas aviation business. It, at the time, said the purchase would increase its offshore crew transportation capacity and expand its fleet by around 30 aircraft across the UK, Denmark, and Australia. Prior to the merger, Babcock's oil and gas aviation business employed over 500 people.

While the two companies announced the completion of the deal, CHC at the time said it still needed some regulatory approvals.

"Babcock International’s operations in the UK, Australia, and Denmark will be held separately and operate independently from CHC, while CHC seeks approval from the relevant competition authorities in the UK and Australia," CHC said in September 2021. A few weeks later, UK's CMA launched a probe into the merger. READ HERE.

In a statement on Thursday, CMA said: "CHC and the acquired businesses both provide offshore transportation in the oil and gas sector, including taking workers to and from rigs in the North Sea. The CMA’s investigation analyzed a wide range of evidence, including data on bidding for previous contracts and hundreds of internal documents that show how the merging businesses assess competition in the sector. The CMA has also engaged with customers, competitors, and other industry players to inform its provisional findings."

"The evidence gathered by the CMA shows that the UK arm of the acquired businesses remains an effective competitor, and the loss of this competition would significantly reduce rivalry between an already limited number of suppliers. The merger would reduce the number of suppliers from 4 to 3 and the CMA does not believe that new players are likely to enter the market," CMA said.

Kip Meek, Chair of the CMA inquiry group, said: "We’re concerned that this merger will reduce competition in a market which currently only has 4 competitors and that is vital to the smooth running of the North Sea oil and gas industry."

"Our findings are provisional at this stage, and we welcome further responses from CHC and Babcock, as well as from other interested parties," CMA said.

"The CMA welcomes responses from interested parties to its provisional findings by 7 April 2022 and its notice of possible remedies, which sets out potential options for addressing its provisional concerns, by 31 March 2022. These will be considered ahead of the CMA issuing its final decision, which is due by 15 May 2022," CMA said.

Babcock sold the Oil and Gas aviation business to CHC for a cash consideration of £10 million. 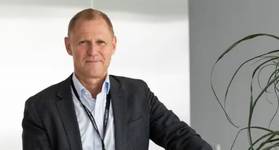