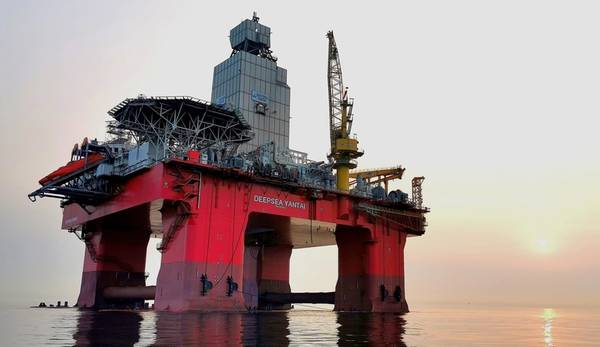 OIl and gas company Neptune Energy has started drilling on the Hamlet exploration well in the Norwegian part of the North Sea.

The well, formally named well 35/9-16S is being drilled by the Deepsea Yantai semi-submersible drilling rig, owned by China's CIMC and operated by Norway's Odfjell Drilling. The Hamlet prospect is located 7 km north of the Gjøa field within the Neptune-operated PL153 Licence.

Neptune Energy’s Director of Subsurface in Norway, Steinar Meland, said: “Hamlet is an interesting prospect and it is in keeping with our exploration strategy of focusing on opportunities within core areas near existing infrastructure. This can offer a short lead time from discovery to production, reduce costs and carbon emissions and help mature and replenish our current licenses."

Located 58 kilometers west of Florø, Norway, at a water depth of 358 meters, Hamlet is positioned in one of Neptune’s core areas and is close to existing infrastructure. The reservoir target is the Lower Cretaceous Agat Formation and is expected to be reached at a depth of approximately 2,600 metres.

The drilling program comprises a main-bore (35/9-16S) with an optional side-track (35/9-16A) based on the outcome of the exploration well.