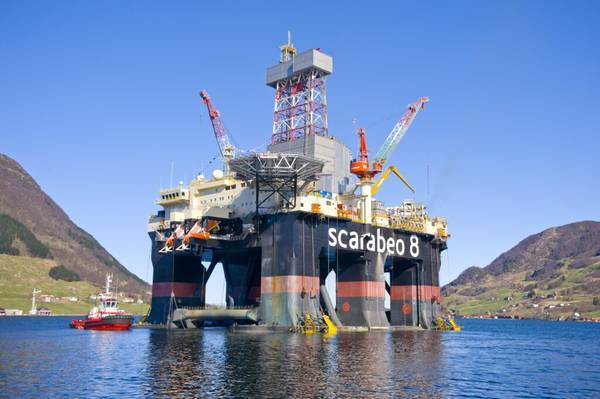 Troubled energy contractor Saipem will cut costs, sell assets, and scale back green ambitions to focus more on its core oil and gas business after plunging deep into the red last year.

The Italian group stunned investors in January when it downgraded earnings by a billion euros due to a significant deterioration of margins on some contracts, including offshore wind.

But on Thursday it said an audit of around 80% of its order backlog showed there was no impact from other contracts in its portfolio of more than 22 billion euros ($24.6 billion).

"We... believe that the company's reassurance with regards to the backlog review should be taken positively by the market," said Italian broker Mediobanca Securities.

Saipem said after stripping out the problem contracts, adjusted core earnings in the fourth quarter would have been 120 million euros instead of the reported loss of 901 million euros.

Saipem, a market leader in subsea engineering and construction, has been looking to develop new lines of business to meet an increasing customer focus on green technologies, including offshore wind.

But analysts say renewable energy requires a different set of skills to guarantee the kind of returns Saipem has achieved from its traditional fossil fuel business.

Saipem, which is working on contracts in Russia at Arctic LNGand a Moscow refinery, said on Thursday it would reposition on lower-risk offshore wind projects while focusing more on high-tech legacy businesses like LNG and gas projects.

The company, controlled by energy group Eni ENI.MI and state lender CDP, will present a new revised business plan on March 16 which will include a capital increase and debt restructuring.

"Discussions continue in a constructive way with the shareholders," Saipem said, without giving any indication of the size of any cash call.

"We think that the financial restructuring of the company could lead to at least around 2 billion euros capital increase," broker Intesa Sanpaolo-IMI CIB said.

Saipem, which has a 500 million euro bond maturing in April, said it had immediately available liquidity of 700 million euros. It has a revolving credit facility with a pool of banks of 1 billion euros, undrawn as of the end of September.

To generate cash to help fund its 2022-25 plan, Saipem said it would sell assets but gave no details. In the past the group has tried to sell or find a partner for its drilling business. ($1 = 0.8892 euros)

(Reporting by Stephen Jewkes; editing by Uttaresh.V and Keith Weir)