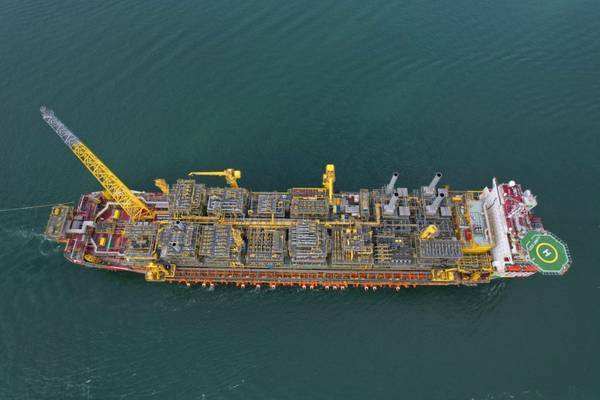 Exxon Mobil Corp on Friday said it is accelerating output at its Guyana offshore oil development, starting a new production vessel that will bring total capacity to more than 340,000 barrels per day.

An Exxon-led consortium started production in the South America country in 2019 and is responsible for all oil and gas output in Guyana. Exxon and partners Hess Corp and CNOOC Ltd. have discovered some 10 billion barrels of oil.

The company raised its estimate of production capacity to more than 800,000 barrels per day (bpd) by year-end 2025, with four vessels. That compares to an earlier projection to produce 750,000 bpd by 2026.

The partners have said they could install up to 10 FPSOs over time to tap the enormous oil discoveries to date.

Guyana's Natural Resources Minister Vickram Bharrat welcomed the start off of the second production unit saying on Friday it will "enhance earnings from this sector to drive Guyana’s infrastructure development and improve the delivery of services to all citizens”.

The country plans an auction for new blocks later this year, in a separate initiative to bring in new producers that could reduce the Exxon group's dominance of Guyana's oil sector.