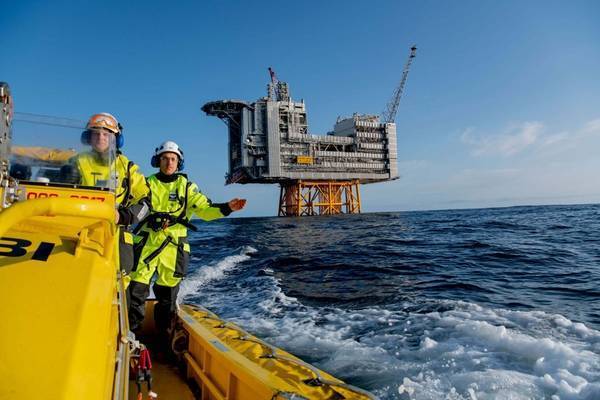 Sweden's Lundin Energy reported on Tuesday a bigger-than-expected rise in operating profit for the final quarter of 2021 amid a surge in the price of crude oil and natural gas.

Lundin's earnings before interest and tax (EBIT) for October-December rose to $1.27 billion from $491.8 million a year earlier, beating the $1.22 billion seen in a Refinitiv poll of analysts.

Lundin agreed in December to sell its Norwegian oil and gas assets, which include a 20% stake in Norway's giant Johan Sverdrup oilfield, to Aker BP in a cash and share deal, valuing the assets at about $13.9 billion.

"We are anticipating that the proposed combination will be completed around the middle of the year," Lundin Chief Executive Nick Walker said in a statement.

Lundin plans to focus on its renewables business, which comprises of one hydropower and two wind power plants in the Nordics and is expected to generate around 600 gigawatt-hours (GWh) of electricity per year from late 2023.

It had previously said it expected full-year output towards the upper end of its guidance of 180,000-195,000 boepd.

Lundin's renewables business reported a loss of $3.6 million in the fourth quarter.

Following completion of the Aker BP deal, the renewables business will have a cash balance of $130 million, enough to cover all capital needs until late 2023, Lundin has said previously.

As a result of the sale, Lundin reported its exploration and production (E&P) business as discontinued operations in the quarterly report.