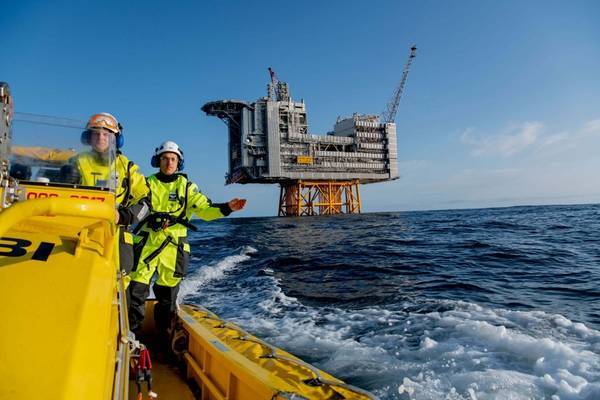 Norwegian oil and gas company Aker BP has agreed to acquire Lundin Energy's oil and gas business, through a statutory merger, creating the second-largest oil and gas producer on the Norwegian Continental shelf.

"The merger of Aker BP and Lundin Energy unites two highly successful  E&P companies which have both been instrumental in the development of the [Norwegian Continental Shelf ] for more than a decade, to create the E&P company of the future," Aker BP said.

"The company will be the operator of six major production hubs on the NCS in addition to being the second-largest owner of the giant Johan Sverdrup oil field. The combined company will be uniquely positioned for profitable growth through participation in major new field development projects like NOAKA, Wisting, and Valhall NCP/King Lear, as well as continued field development activities around the company’s existing assets," the two companies said announcing the proposed merger.

They also said that the merged company would be "a global leader in the E&P sector with regard to low cost and low emissions."

The two firms also said the merger could lead to operational synergies of up to USD 200 million per year, from improved operations, exploration cost savings, and organizational optimization and that the merged firm would have a resource base of 2.7 billion barrels of oil equivalents with significant growth potential.

The completion of the merger is subject to, approval by the shareholders of each of Aker BP
and Sweden-based Lundin Energy, as well as approval from relevant authorities.

The companies explained that, under the agreed terms, Aker BP would combine its
business with Kommstart 157 AB (“Target”), a newly established Swedish public limited liability company currently wholly-owned by Lundin Energy, which at the time of completion of the Merger would consist of Lundin Energy’s oil and gas-related assets.

"Lundin Energy’s shares in Target will be distributed to the shareholders of Lundin Energy by way of a so-called Lex Asea dividend, where each share in Lundin Energy will entitle to one share in Target, upon which Target will merge with Aker BP and Target shareholders will receive a combination of shares in Aker BP, in the form of Swedish Depositary Receipts, and cash as merger consideration," reads the press statement released Tuesday.

"Target’s shareholders, who will be identical with the shareholders of Lundin Energy immediately after the Lex Asea dividend, will receive as merger consideration a cash amount in SEK corresponding to USD 7.76 at the average exchange rate established by the WM/Refinitiv Spot (Bloomberg code: WMCO) across the ten business days preceding the third business day prior to implementation of the Merger plus 0.950985 shares in Aker BP, in the form of Swedish Depository Receipts, for each share in Target outstanding as at completion of the Merger. 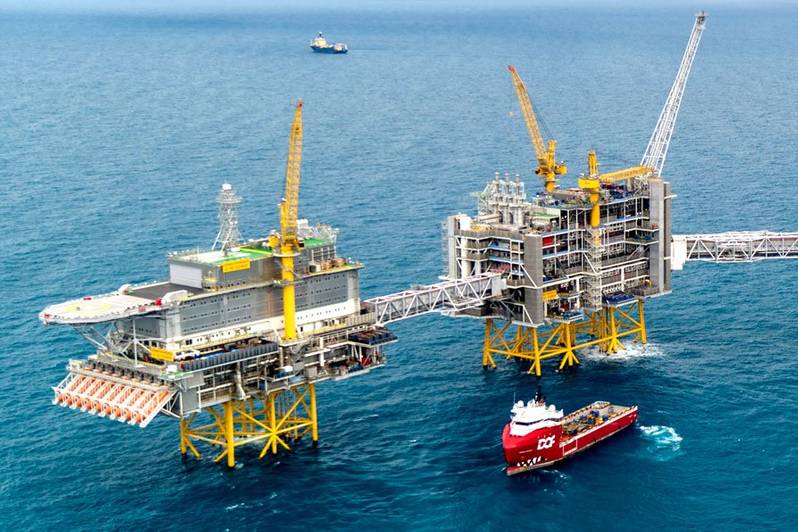 "Hence, [Lundin Energy] shareholders will in total receive approximately 43 percent economic ownership in the Combined Company, corresponding to in total approximately 272 million shares in Aker BP and a total cash consideration of USD 2.22 billion to be converted into SEK prior to closing.  Aker BP will only distribute whole Swedish Depositary Receipts and will for each shareholder be rounded down to the nearest whole number.  The consideration for excess fractions will be paid in cash," the companies said.

E&P company of the future

Øyvind Eriksen, President and CEO of Aker ASA and Chairman of Aker BP said: "In 2016 we created Aker BP together with BP when we combined Det norske and BP Norge. We have always admired Lundin Energy both as a partner and as a highly capable operator on the Norwegian Continental Shelf with world-class assets, like their 20 percent participating interest in Johan Sverdrup.

"Already when we created Aker BP, a subsequent acquisition of Lundin Energy was a vision shared between BP and Aker. Today the vision has become a reality. We are seizing an opportunity that will make a difference for both Aker and Norway for decades to come. The collaboration with BP has been outstanding from day one. We are grateful for their significant contribution to the success of Aker BP.

"Our mutual strategic interests have also provided opportunities to expand our strong relationship into new areas, including digitalization, offshore wind, and oil services. Now we are welcoming Lundin (through Nemesia S.á.r.l) as fellow shareholders in Aker BP. Ashley Heppenstall is joining as a new Lundin-nominated board member.

"We are looking forward to a long-term collaboration with both BP and Lundin based on a shared ambition of developing and positioning the Enlarged Aker BP as the E&P company of the future. Our strengths remain: an excellent workforce, low production cost, low emissions, high growth, a strong balance sheet and an attractive dividend policy. The shareholding in Aker BP is the most valuable asset in the Aker portfolio and will continue to be a core part of our industrial holdings long term.”

Karl Johnny Hersvik, Chief Executive Officer of Aker BP said: “We are now creating the E&P company of the future which will offer among the lowest CO2 emissions, the lowest cost, high free cash flow, and the most attractive growth pipeline in the industry, with a high dividend capacity combined with a strong Investment Grade credit rating. We know the Lundin organization well and we are convinced that we will make an even better Aker BP together.”

Ian Lundin, Chairman of Lundin Energy said:"Creating long term value for shareholders has been at the core of this business for 20 years since inception and this combination of Lundin Energy and AkerBP is a unique opportunity to create a future proof independent E&P company, exposing shareholders to a business with significant scale, production growth, and strong free cashflow into the next decade. Coupled with this is a world-class asset base which will have one of the lowest cost and lowest CO2 emissions per barrel in our industry.

"This combination proposal with AkerBP merges our two great businesses together, builds on our individual strengths, and creates a company which will prosper through the energy transition and continue to deliver strong dividends into the next decade. For Lundin Energy shareholders, this will deliver a significant cash consideration and the opportunity to be a shareholder in the leading European E&P company. The Lundin Family are in full support of this transaction and have given our irrevocable undertaking to vote in favour of this transaction. The independent members of the Board of Directors have also recommended that all shareholders vote in favour of this transaction.”

Upon completion of the transaction, scheduled for late Q2 / early Q3 2022, Lundin Energy will retain its renewable portfolio of onshore renewable assets in the Nordics, with power generation of 600 gigawatt hours per year once fully built out. The renewable business will remain listed on the Nasdaq Stockholm, and maintain its headquarters in Sweden.

"The renewable business will be debt free and, on completion will have a cash balance of MUSD 130, to cover all capital expenditure and other working capital requirements until late 2023. After the completion of all currently planned projects, this business is expected to be free cash flow positive and will form the basis of a viable, independent renewables company. Details on the business plan, management and governance will be published prior to the 2022 AGM," Lundin Energy said.

Lundin Energy also opportunity to say it would continue to vigorously defend itself in regards to the ongoing legal case in Sweden in relation to the past operations in Sudan, "and is convinced that there is no basis for any claim of wrongdoing by any company representative."

As reported by Reuters last month, Swedish prosecutors in November brought charges against the chairman and former CEO of Lundin Energy for complicity in war crimes carried out by the Sudanese army and allied militia in southern Sudan from 1999 to 2003.