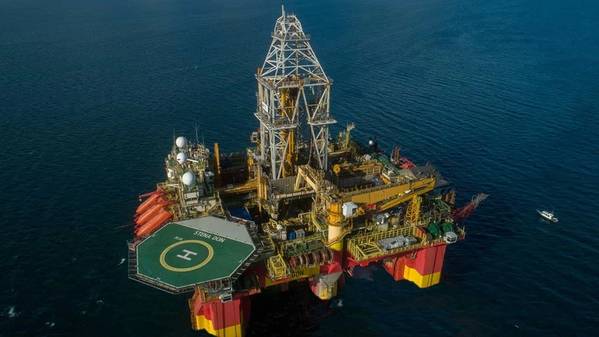 Offshore drilling contractor Stena Drilling has signed a contract with Petrofac for the hire of its Stena Don semi-submersible drilling rig.

The Stena Don has been hired for a one-firm well campaign on Tailwind Energy's Gannet E field in the UK Continental Shelf. The contract will start in the fourth quarter of 2022 and last for an estimated 80 days. No financial details were shared.

Petrofac will ha options to extend the contract for up to three more wells on behalf of other clients with an estimated total option scope duration of 55 days.

The Stena Don drilling rig was most recently used by Chariot in Morocco, where it earlier this month completed its successful gas drilling operations on the Anchois gas project within the Lixus license. The rig has already returned to the UKCS.

As for the Gannet E field where the rig will drill one well, Tailwind in early 2021 sanctioned the Gannet E expansion project, involving two phases.

The company at the time said that the first phase would see a second subsea production line and a new manifold be installed to increase production from the three existing Gannet E wells, and subsequently, a fourth production well waas planned for 2022 to add a drainage point in the southern part of the Gannet E field. Access to the FPSO will be via an existing Triton riser.