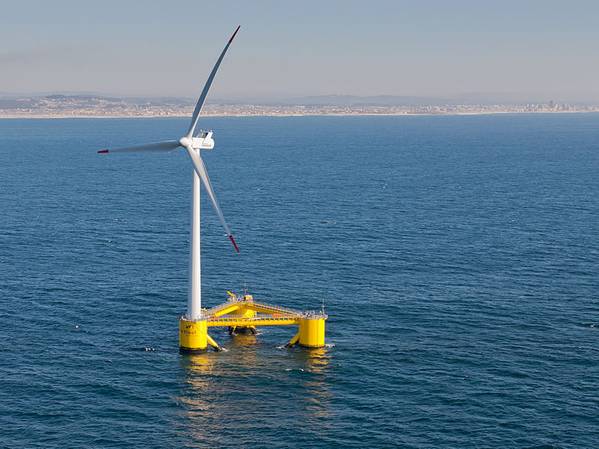 The British government said on Tuesday it will commit nearly 32 million pounds ($42 million) to fund the development of floating offshore wind projects to help lessen its dependence on gas, the price of which has increased sharply.

The 31.6 million pounds of funding will be matched by a further 30 million pounds from industry to accelerate renewable energy deployment, the government added.

Floating wind farms, which can be deployed in deeper waters than conventional turbines, are an emerging technology with far higher costs than projects fixed to the seabed, but these costs are expected to fall as more projects are brought online.

The government said 11 projects would receive funding to develop new technologies to enable turbines to be located in the windiest parts of Britain's seas as it seeks to become a world leader in floating wind.

The projects include one by Marine Power Systems in Swansea to develop a floating foundation and integrated wave energy generator and one by Cerulean Winds for a floating foundation system and wind turbine for deployment at an offshore oil and gas facility in the North Sea or West of Shetland.

"These innovative projects will help us expand renewable energy further and faster across the UK and help to reduce our exposure to volatile global gas prices," said UK energy minister Greg Hands.

The amount committed is small compared to the nearly 700 million pounds raised last week in a Crown Estate Scotland auction to develop Scottish offshore wind projects, where BP, Shell, and utility Iberdrola's Scottish Power were among the winners of seabed rights.

The 17 winning Scottish projects in that leasing round will produce nearly 25 GW in the next decade, helping to provide low-carbon power in line with a UK-wide goal to cut emissions to net-zero by mid-century.