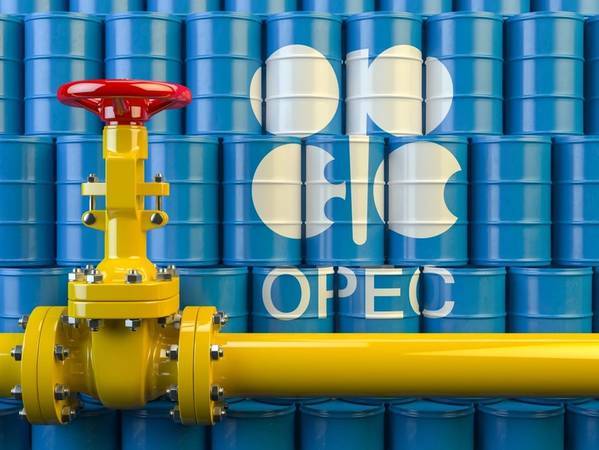 Oil's rally may extend further in the next few months due to recovering demand and limited capacity in OPEC+ to add supply and prices could break $100 a barrel, OPEC officials have told Reuters.

Oil last traded at $100 a barrel in 2014, after averaging $110 a barrel over the previous two years. Rising shale output and competition among the world's top oil producers in 2014 heralded a period of lower prices that appears to have come to an end as the global economy emerges from the pandemic.

Until recently, the prospect of a return to triple digits was viewed as remote, but the market has recovered quickly from the unprecedented slump in demand sparked by the pandemic in 2020 with oil prices at one point turning negative.

Brent crude is trading at around $87 a barrel, a seven-year high, after a 50% gain in 2021 as demand recovered and OPEC and its allies, known as OPEC+, only cautiously eased their supply curbs.

Outages in Libya and elsewhere, plus a limited impact on demand from the Omicron coronavirus variant, have fuelled further gains in 2022.

The Organization of the Petroleum Exporting Countries does not publish oil price forecasts and has not had an official price target for years.

Officials and ministers from OPEC and allies led by Russia, a group known as OPEC+, are often reluctant to discuss likely price direction, or preferred price levels, on the record.

Reuters spoke privately to five OPEC officials, some holding positions on OPEC and OPEC+ committees, about the prospect of $100 oil. Of these only one said it was unlikely while the others did not rule it out or said it may happen.

"There will be increasing pressure on oil prices in at least the next two months," said an OPEC source from a larger producer.

"Under these circumstances, the price of oil may be close to $100 but it will certainly not be very stable."

OPEC+, formed in late 2016 to get rid of a supply glut, made record supply cuts in 2020 of 10 million barrels per day (bpd), equal to 10% of world demand, which it has been gradually unwinding since.

As demand recovers, OPEC+ has been aiming to raise output by 400,000 bpd per month, but the actual monthly production increases are coming in lower, as many producers can't pump more and those that can are sticking to quotas.

"OPEC+ has difficulty producing at its target level because the necessary investment in the oil industry has not been made in the last two years, and the effect of Omicron on short-term oil demand was mild," the source added, adding these are the two major factors fuelling the rally.

In November, the latest full month available, OPEC+ production was 650,000 bpd below target, according to International Energy Agency (IEA) figures.

In a rare oil-price prediction from an OPEC+ leader, Russian President Vladimir Putin in October said oil could reach $100.

Goldman Sachs on Tuesday said Brent was primed to rise above $100 later this year.

OPEC+ capacity constraints are part of a wider trend, which has left the oil industry suffering from a lack of investment caused by COVID-19 effects. Also, amid pressure to focus on cleaner fuels, European oil majors are cutting investment in oil projects.

As a result, only a few larger OPEC producers such as Saudi Arabia, the United Arab Emirates and Iraq have significant additional output capacity. Iran holds another 1 million bpd of idle capacity, but at least for now this is off the market due to U.S. sanctions.

Another OPEC source said outages and robust demand were driving the rally and further gains are likely without another hit to demand, with a return to $100 not ruled out.

"The market is heating up," he said. "I don't know and will not speculate," he added on the prospect of a rally to $100. "But if shortages keep occurring, prices will go up as long as COVID-19 doesn't again hit oil demand in the coming months."

The rise in prices allows OPEC and OPEC+ to rebuild revenue which crashed in 2020. But some in the group are not comfortable with such elevated levels.

"With these prices it's a risk to demand," said another OPEC+ source. "In my personal view, I am not in favour of $85+ for a long time. It is a bit high for sustained demand growth."

He did not expect $100 oil while jet fuel demand remains below pre-pandemic levels.

OPEC in November, not long after Brent had hit a then three-year high of $86 and with natural gas, power and coal prices soaring, cited elevated energy costs for a downgrade in its fourth-quarter 2021 demand forecast.

OPEC+ does have the capacity to produce more, located in a few countries. Bringing this oil into the market would likely require a decision to reallocate production away from under-performing countries but that would not be an easy political undertaking.

Actual spare capacity is thought in industry circles to be often lower than the nameplate figures. Saudi Arabia's spare oil capacity has not been tested at the maximum level.

OPEC+ met on Jan. 4 and agreed to proceed with another nominal 400,000 bpd increase to its output target in February, suggesting the lag between its actual and pledged supply could widen further without larger producers compensating for shortfalls.

So far there is no sign this is being contemplated, although IEA Executive Director Fatih Birol on Jan. 12 urged OPEC+ to rethink: "There may be need for the OPEC+ countries ...in light of strong demand growth as well as outages in some of the key players ... (to) revisit their policies with the hope that they will continue to comfort markets with additional volumes," he said.